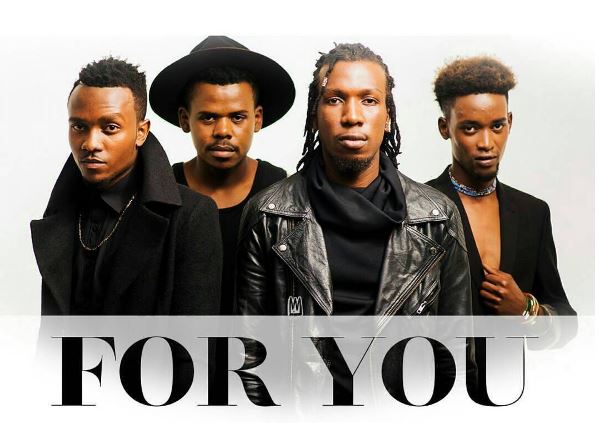 Le Band is a music quartet comprising Fidel Eli Shammah, Ken Mwendwa, Joel Maina and Abe Kiptanui. The group has been together for roughly three years now, with their January release -‘Number 1’ featuring the sultry Suzziah – being considered the group’s big breakthrough.

They have also previously worked with Khaligraph Jones in ‘Kantai.’

Following the success of ‘Number 1’, the guys are not resting on their laurels and present their new project – ‘For You’ – a beautiful and deeply moving song about being there for those you love.

Le Band’s lead vocalist Fidel Eli Shammah had this to say about the song:

“So the new song we just released is basically about being there for those you love. The inspiration came at a time when I had fallen for some chic (kulinuka btw, Let us avoid follow up questions) and I was just thinking I always want to be there for you. During the good and the bad, like when you are down, I am the person You’ll reach out to to boost your mood, like when the world seems to be falling apart we shall rebuild it pamoja. I was in my feels yaani hahaha and I was in it for the long haul but shit happens yeah?? . Anyway as we continued to work on the song new angles came in especially as thought of the video together with Moses Osidiana and We thought this applies not only for intimate relationships but even family, friends you know? So, I dedicate this song my family and my friends, regardless of the situations we May be in I will always be there for y’all! Bless peace and love. We all need love.”

The song is produced by super Kenyan producer MG. The video concept was created by Le Band and Moses Osidiana of Brainworks films.
The video was shot and directed by award-winning director Moses Osidiana.

The Hottest Stories on the Internet Today (Friday May 5) < Previous
VIDEO: Watch Cece Sagini and Victor Peace’s Beautiful and Fun-filled Traditional Wedding Next >
Recommended stories you may like: