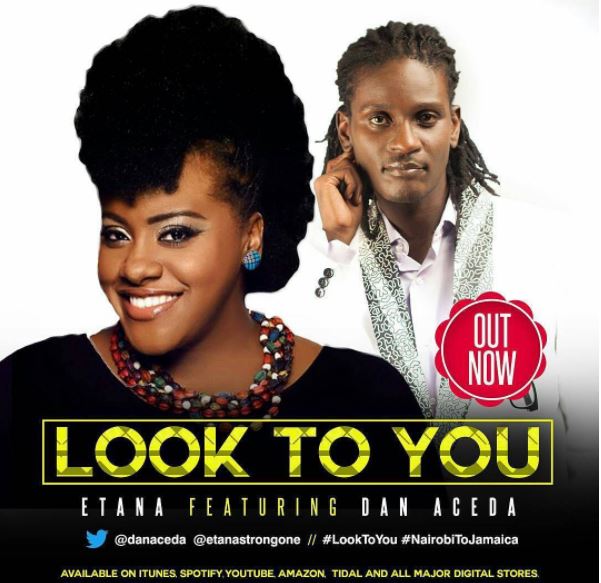 Another ‘Kenya meets Jamaica’ song is out for your listening and viewing pleasure.

Months after gospel singer Willy Paul teamed up with Alaine, another Kenyan musician – Dan Aceda – has teamed up with another equally talented Jamaican songbird – Etana – in a track titled “Look To You.”

Dan “chizi” Aceda aka “the crown prince of Benga” is an award-winning musician who has collaborated with several Kenyan musicians including Eric Wainaina, Wyre, Neema Ntalel, Sanaipei Tande, and Kanjii Mbugua.

He has now crossed the borders to feature in Etana’s beautiful track ‘Look To You.”

Good News: The Car Experts Have Arrived in Kenya < Previous
Sauti Sol’s Savara to Give Back to Eastlands Community as He Turns 30 Next >
Recommended stories you may like: