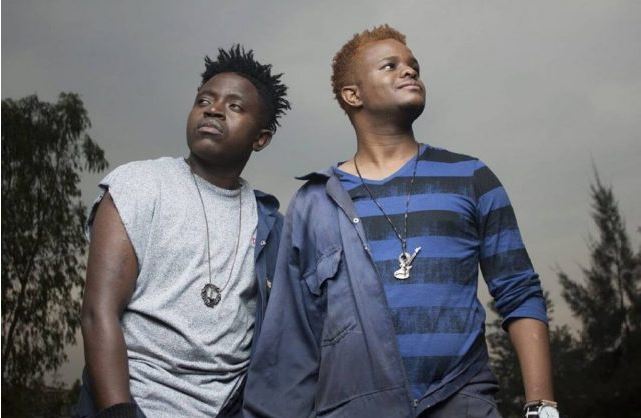 Titled ‘Heri Tuachane’ it is the fourth song from the duo’s true story album dubbed ‘The Contrast.’ The music video had been pulled down after Amos’ ex-girlfriend got offended by the song and threatened suicide.

According to the boyband, they reached an amicable understanding with the lady’s parents and made them understand that the video was not directed at her.

‘Heri Tuachane’ is a ballad that depicts a breakup. It tells the story of a boy who breaks down after discovering the girl he’s always loved has been cheating on him with a “Sponsor.”

The Hottest Stories on the Internet Today (Monday May 8) < Previous
Hilarious: Watch ‘Waitetu’s’ Victory Speech as ‘Joho’ Hijacks Interview (VIDEO) Next >
Recommended stories you may like: