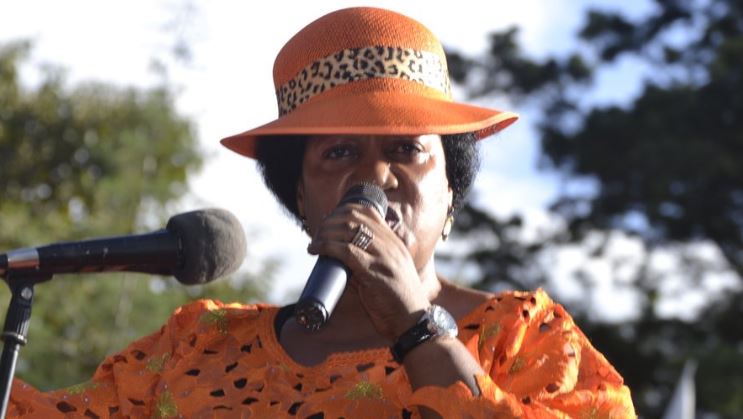 Ongoro’s decision comes a day after 400  aspirants were handed direct tickets to contest in the August General Election.

She was barred from contesting for Ruaraka parliamentary seat in an apparent disciplinary action after her supporters clashed with those of area MP TJ Kajwang in Mathare last month, leaving two people dead.

According to sources, Ongoro turned down offers to vie for woman representative or senator.

She accused ODM of denying her the chance to exercise her democratic right to seek the Ruaraka MP seat.

The legislator is expected to announce her new party under which she will vie for MP.

She will reportedly join a party in the National Super Alliance.

On twitter, she was a trending topic as users shared their reactions to the news expected to deal ODM a big blow as her mobilisation skills had turned her into an asset for the party.

How Elizabeth Ongoro is regretting taking all that teargas for Babu’s sycophancy. I have a feeling Joho is next pic.twitter.com/xcJbX3ZvlX

Elizabeth ongoro ditching Odm is not a problem.The problem is,where will she go to??Nobody ditches “baba” and survive politically

Elizabeth Ongoro is a kind of woman who packs her belongings when her husband farts in the blanket only to regret later. Who cooked???

Elizabeth Ongoro ditching @TheODMparty for another party joins the political dustbin that Ababu, Balala were thrown to. They won’t survive

“Elizabeth Ongoro” ODM doesn’t like this woman..Frustrated in 2013 in her senatorial bid again in 2017 in her parliamentary bid.

How Elizabeth Ongoro has fought for Raila on diff fronts & the pain of realizing u r not among his chosen few in ODM pic.twitter.com/9qZx5vDw8E

Sad if ODM could frustrate the ambitions of a diehard Baba supporter like Elizabeth Ongoro.
Did i ever see her shed tears on tv? pic.twitter.com/da88B4oaFn

Elizabeth Ongoro ditches NASA and Oh D Minus and I be like pic.twitter.com/zvoiJyxW9k

Elizabeth Ongoro has finally opened her eyes. She has been frustrated by internal party favorism in ODM party pic.twitter.com/jYJGhjoJfE

Elizabeth Ongoro doesnt have enough political muscle she shld pack,go back and learn to cook for her husband and children.

City Tycoon Speaks Up on Relationship with Citizen TV Bombshell Lillian Muli < Previous
This is How Much You Will Pay for Maize Flour Beginning Next Week Next >
Recommended stories you may like: