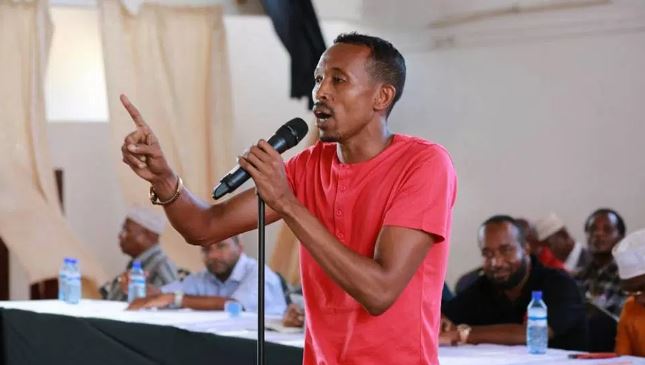 Former KTN investigative journalist Mohammed Ali got a lifeline Wednesday after ODM ruled that the nominations in Nyali Constituency were irregular and therefore inaccurate.

The ODM Dispute and Appeals Tribunal ruled that the primaries in Nyali did not meet the threshold of a free and fair election as envisaged in the party’s constitution and rules.

“That the party NEC/CMC to reconsider the process of selecting a party candidate for the Nyali constituency ODM parliamentary elections in a manner compatible with the party constitution, nomination, and election rules,” the five-member tribunal directed on Wednesday.

Nyali constituents will, therefore, have to go back to the polls to nominate the person who will fly the party’s flag at the August 8 elections.

Mr Ali claimed that the entire Joho family rigged him out in the Nyali parliamentary nominations.

He further claimed that his opponent had exceeded the allowed two agents per polling station, used voter intimidation and violence and that there was no indelible ink in some centers.

The tribunal noted that there were irregularities in the primaries which could have influenced the outcome of the polls.

“The acts of intimidation at some polling stations may have affected the exercise of electors’ franchise. It is our finding that the late opening of polling stations disadvantaged both aspirant and therefore the same cannot be claimed to be the fault of any party but that of the NEB (ODM National Elections Board,” the tribunal stated.

Mr Ali welcomed the ruling saying the tribunal would be forwarding their findings and determination to the ODM NEB.

Jimmy Gathu Walks Daughter Down the Aisle as She Weds in Private Wedding Ceremony < Previous
Loudmouth Maina Kageni Discloses Carol Radull’s Failed Marriage on Air Next >
Recommended stories you may like: