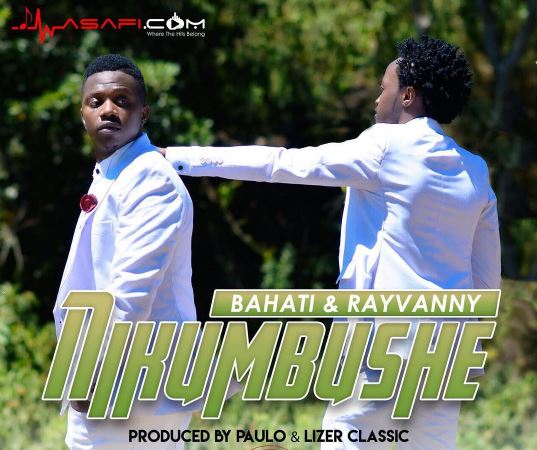 The most anticipated music video in the East African region, by singers Bahati and Rayvanny, has finally been released.

Dubbed ‘Nikumbushe’, the track is a collaboration between the Kenyan gospel singer and Tanzania’s Bongo Flava star Rayvanny.

Produced by Tanzanian record label Wasafi Records owned by singer Diamond Platnumz and Bahati’s EMB Records, the track made history as the top trending and most downloaded song on wasafi’s website where it was exclusively released.

The video, directed by X Antonio, was released on Tuesday and has since been viewed over 100,000 times on Youtube. NTV’s Larry Madowo also makes a surprise cameo appearance.