I Lost Contacts and Corporate Brands Didn’t Want to be Associated with Me, Avril Speaks About Contentious Nudes 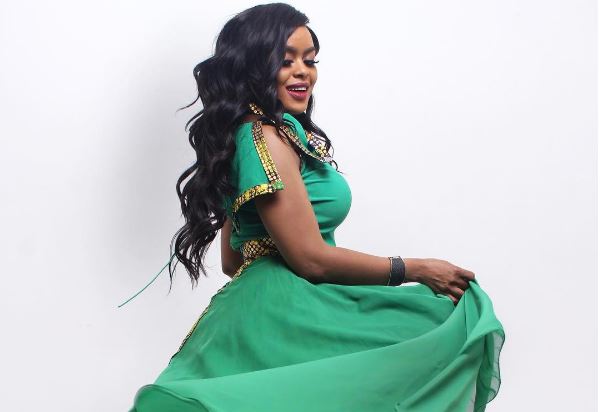 The photos released on social media circles in 2015 showed two toples women in a suggestive pose on a bed.

As a result, Avril kept a low profile as people speculated on the photos that bruised her image and threatened to end her music career.

In a candid interview with The Nairobian, she went back in time and narrated what happened during one of her most trying times.

“It was a typical day and I was meeting a friend for lunch. Sudden, my phone couldn’t stop buzzing. A producer I was working with called and when I picked; he asked me to check my Facebook,”  said Avril.

“Those were not my pictures and I have said so from the start, but people just don’t believe me. My face was cropped into those photos. I have never met the lady in the photos,” she added.

“I believe that people who do such things are cowards who don’t know they are not just messing the life of one person, but many other people.”

She added that her parents, loved ones and other family members were disappointed, in addition to losing contacts.

“I lost so many contracts at a time when my career was taking off. Corporate brands did not want to be associated with me,” she revealed.

On why she did not give an official response at the time, she said, “I took the high road. I knew that even if I released a statement, it was just going to escalate things.

But what I would advise people in relationships or marriage is, do not do things because you are so in love or you want to spice your life. Think about it first because when you break up or you are divorced, the person you loved the most could end up being your worst enemy.”