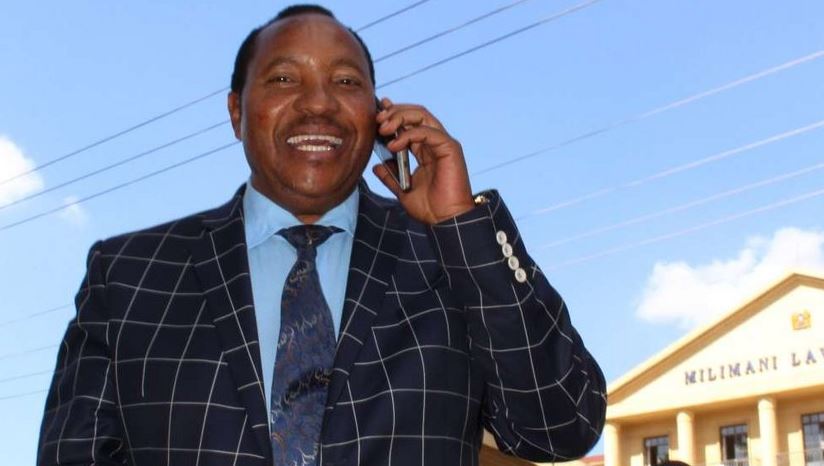 Ferdinand Waititu is the current governor-in-waiting of Kiambu county. He gave his opponent William Kabogo a resounding defeat on Tuesday.

With a margin of nearly 300,000 votes, it is very unlikely that Kabogo would even dare make a stab again as an independent candidate. Between now and August, Waititu does not even have to do anything.

Unlike other politicians, Waititu’s journey to Governor has been quite the tale. It is a mix of hard work, smart work, hooliganism, and luck… a lot of luck.

Two people have died to pave his way to the top. Mugabe Were was murdered mysteriously in 2008, while the same happened to Kabete MP George Muchai in 2015. Let’s be clear, I’m not implying anything.

It looks like the stars have a way of aligning for him, and some Kenyans on Facebook are now wondering what next after governor?

This Waititu! I want to know what Church he goes to niende huko pia mimi. I want to know his God coz that God is working for him.
Dude vies for councilor and loses, winner dies, he vies again and wins.

Vies for Embakassi MP and loses, winner dies he vies again and wins.

Vies for Governor (a guy that lost MCA known as councilor by then, remember) loses. Unfortunately for him Kidero refuses to die.

But wait… An MP dies in Kiambu… He runs there and vies… Wins!!!

Decides, you know what, I could try Governor here. And alas…. Now look at him… King of the hill… All hail Baba Yao…

This guy will be president one day I tell you. Watch this space.

Uhuru Dismisses NASA Lineup as ‘Jobs for the Boys’ < Previous
The Hottest Stories on the Internet Today (Tuesday May 2) Next >
Recommended stories you may like: