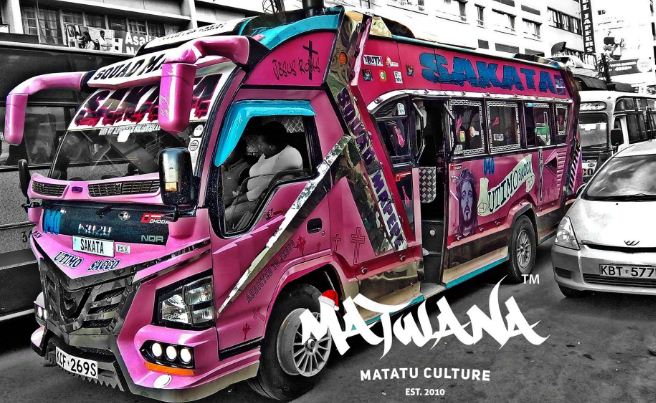 There is a new and exciting television show about Nairobi’s hottest matatus that is fast becoming the talk of the town.

The magazine show is hosted by Matayo Randu and is about promoting, preserving and showcasing Kenya’s unique matatu culture as well as highlighting the key players and jobs created by the multi-billion industry.

According to Brian Wanyama aka Graff Blaq as he is popularly known on the streets of Nairobi, the main aim of the show is to preserve the matatu culture and pass it down to future generations.

Wanyama, who runs the popular Matwana Matatu Culture pages on Instagram and Facebook and has been cataloguing Kenya’s matatu culture for 11 years, says the television show is just the beginning.

“I am currently searching for the right partners with whom I can build a modern museum for the matatu industry. I also hope that one day Nairobians will be able to organise carnivals and festivals just to appreciate matatus.”

The show has aired two episodes already and has featured prominent stakeholders in the matatu industry such as Moha Grafix, matatu designer.

It airs every Saturday 6.30 pm on K24 TV so be sure to check it out this weekend.

Watch the trailer below: