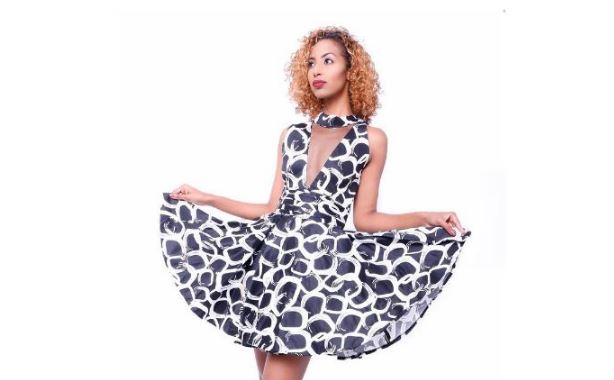 The former Miss Kenya 2016, Roshanara Ibrahim, was stripped off the coveted crown after her ex-boyfriend leaked her intimate photos.

While she may not have presented Kenya at the international stage, she did win the case against her ex-boyfriend and awarded Sh2.5 Million.

She also appears to have dodged a huge bullet as she and the man who led to her dethronement had plans to get married.

She spoke to the Nairobian about the relationship, revealing details about his insecurities after Ms Ibrahim won the Miss Nairobi title.

“I met my ex-boyfriend Franck Zahiten in 2012 at a house party just before I joined university. We became friends instantly. Later, I joined university and he joined another college and so, we drifted apart. But in 2014 during an event, we met again and after a couple of meetings, we started dating,” Roshanara said.

“I would sleep at his place and he would also spend time. Everything was perfect. My friends used to say he was the best boyfriend I could ever have. But things changed when I competed for Miss Nairobi and won the title,” she said, adding that Zahiten also competed and won Mr Mombasa.

She had to go to Malindi for the finals of Miss World Kenya and Zahiten came to support her and when “I won the crown, he cried and left the event. He later said we are not going to be together because I’m too good for him and would find someone better.”

Roshanara’a assurance that no such thing would happen fell on deaf ears. He became even more insecure and in February of 2016, they broke up and got back together a few weeks later.

“As a couple who were about to get married, we would take intimate photos. We even slept in the same bed at my parents’ house,” said Roshanara.

She disclosed that when they had an argument at a friend’s place, Zahiten threatened to leak their intimate photos if she ever left him.

“I was worried because we used to take and delete nude photos. So I started to sweet talk him so that we could be in a better place then delete the nudes when I got the opportunity, which I did. But he became too insecure and started stalking me on Facebook.

He would follow me everywhere I go and even started going through my phone. I had no freedom and that’s what pushed me to call it quits in May 2016. My mom had seen the signs and wanted me to end the relationship,” Roshanara said.

“Miss Kenya franchise owner Terry Mungai called me for a meeting on July 28. When I got there, she showed me the photos and said I was stripped of my title.

I was not given any chance to defend myself and the next day, a press release was sent to media houses stating that, “It is with great sadness that I accepted the decision of Miss World Kenya office to relinquish me of my duties as Miss World Kenya 2016.

But I urge aspiring beauty queens to ensure their personal lives do not affect their role as Miss World Kenya.”

Roshanara added that, “I hired a lawyer and we went to court. Terry Mungai and Zahiten were barred from releasing any images. Eventually I won the case and I was awarded Sh2.5 million, which he is yet to pay.

“My advice to guys in relationships and young girls is to be careful. Don’t send images or videos. Love comes and goes and if you are being blackmailed, seek help,” Roshanara said.