WATCH: Willy Paul and Jamaica’s Alaine Wedding Video for ‘I Do’ 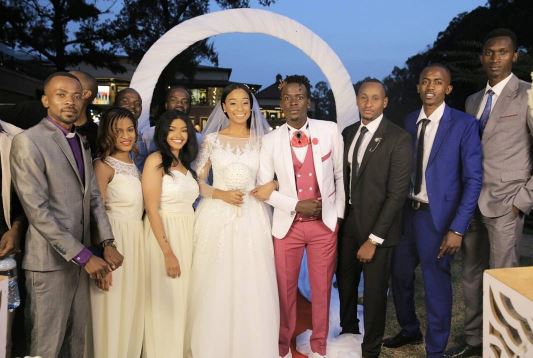 Finally, after weeks of unnecessary shenanigans aimed at promoting his new song, Willy Paul has released the track titled ‘I do.’

For weeks, as Bahati and Diana Marua kept social media abuzz with their romance after playing groom and bride in a music video, Willy Paul, always out to outdo his ‘rival’, managed to secure the services of Jamaica’s songbird Alaine Laughton.

Willy Paul’s social media has been filled with posts about his wedding with Alaine that some people actually believed it was a real wedding. (How insane is that?)

It didn’t need a genius to figure out Willy Paul was building anticipation for a new music video which he released yesterday.

‘I Do’, a beautiful love song was audio produced by Teddy B and the video directed by Sammy Dee of True-D Pictures.