Watch Joho Tell Uhuru: I Will Go Where My People Go Whether You Like it or Not 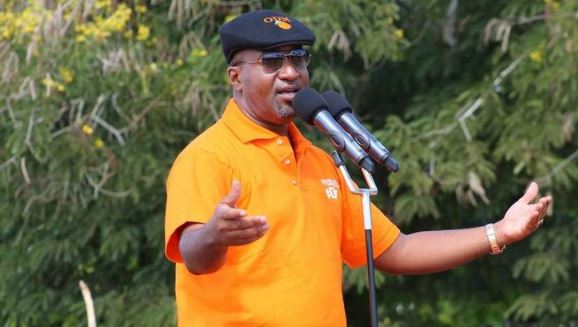 Mombasa County Governor Ali Hassan Joho has responded to President Uhuru Kenyatta saying he will follow his people whether the Head of State likes it or not.

Joho’s response comes days after Uhuru told him to focus on issues affecting the people of Mombasa instead of following him around as if he were his wife.

The president was in Mombasa for the re-opening of Mtongwe ferry service where police officers had earlier barred the controversial governor from attending the presidential event.

Responding to Uhuru on Thursday at a rally in Taita Taveta, Joho said that he has the mandate to go where his people are.

Joho further claimed that he is not afraid of anyone and cannot be intimidated.

Esther Passaris Asked for Musalia Mudavadi’s Twitter Handle, What a KOT Told Her was Straight SAVAGE < Previous
All That’s Trending This Furahiday Next >
Recommended stories you may like: