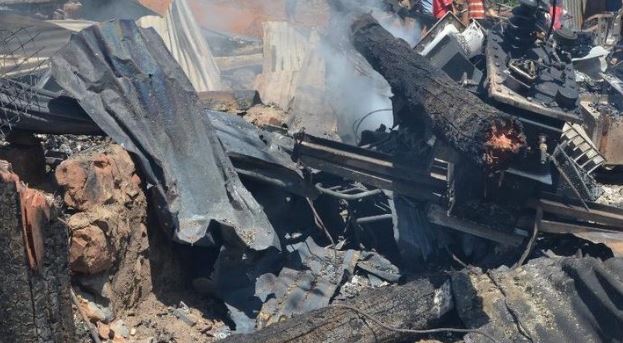 A family in Gakongoro village, Embu North is counting losses after their son razed down his house after one of his wives declined to accommodate the first wife.

Mugendi Murithii set his house on fire after his second wife refused to welcome back his first wife who had gone to visit her parents only to find another woman in the house.

According to the man’s mother, Beth Wawira, the second wife was angry after Murithii decided he would cater for her relocation to a house at Mbuvori shopping centre while the first wife occupied the matrimonial home.

Wawira said that the second wife was not happy with the decision and declined to leave, which led to the husband torching his house.

Murithii, 37, then attacked his father, injuring him on the face before escaping the grasp of his brothers who were baying for his blood.

Confirming the incident, Embu North OCPD Mark Wanjala said that they are in pursuit of the suspect and once he is arrested he will be charged with assault and arson.

Thika Woman in Fake Kidnapping for Ransom Traced to Guest Room in Kitui < Previous
READ: Bodaboda Operator ‘Killed by Jaguar’ Had Penned this Emotional Letter to God Before his Untimely Death Next >
Recommended stories you may like: