READ: Bodaboda Operator ‘Killed by Jaguar’ Had Penned this Emotional Letter to God Before his Untimely Death 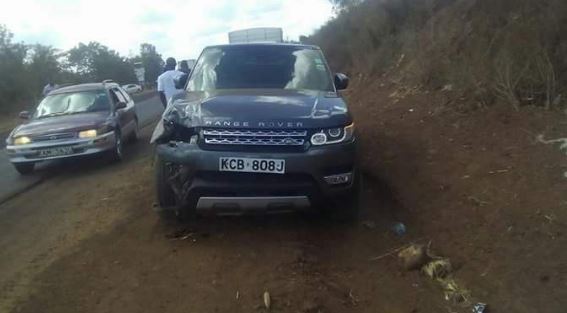 A handwritten letter penned by one of the men killed in a road accident involving musician Jaguar’s Range Rover has emerged.

In the letter, Mugo,25, who was a boda boda operator asked God to provide him with KSh 200,000 so that he could build a house and buy a motorcycle.

The letter reads in part, “I hereby come to your throne asking for your forgiveness for I have sinned against you.

Lord I beg you to help me get KSh 200,000 to build a house and buy a motorbike. Also make me remember to give you tithe and offering from this amount.” 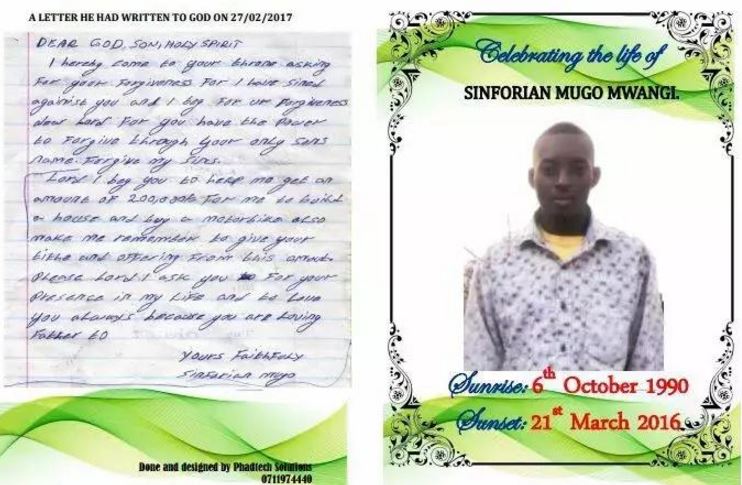 The accident which occurred on March 26 is still being investigated following conflicting reports on who was behind the wheel.

According to eyewitnesses, a lady was driving the vehicle but switched positions with a man immediately after the accident that took place along Sagana-Makutano highway.

Jaguar later claimed he was behind the wheel during the incident that left two men dead.

Director of Public Prosecutions Keriako Tobiko through his deputy has written to the Directorate of Criminal Investigations’ boss asking him to investigate the accident and allegations of a cover-up.

VIDEO: Man Burns Down House After Second Wife Declines to Admit First Wife < Previous
P-Unit’s Frasha Among Over 700 Defectors to Join Alfred Mutua’s Maendeleo Chap Chap Next >
Recommended stories you may like: