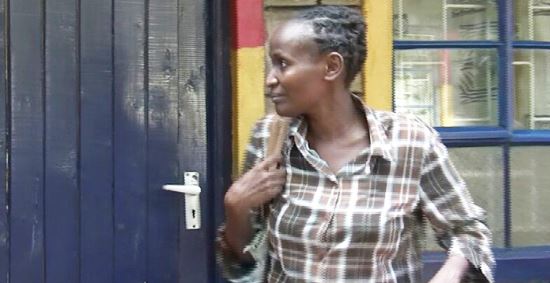 A businesswoman based in Thika who allegedly lied that she had been kidnapped so as to receive money from close friends and relatives has been arrested.

On Wednesday, March 29, police traced her to a guest room in Kitui Town, where she had booked herself in while regularly phoning her relatives in a brittle voice, claiming that her kidnappers had given her an ultimatum for a ransom, failure to which there would be grim consequences.

Thika Deputy OCPD Bernard Ayoo said: “We received a report on February 28 that Rachel Charity Wangui, 45, went missing from Thika Town. We have been making follow ups to know her whereabouts. She was found in Superstar Guest House in Kitui Town, where she had booked a room, calling relatives regularly to send her money.

“She claims that she has a loan of about KSh80, 000. So, with the use of a tracking technology, we traced her to Kitui Town. Our officers swung into action today and found her in the guest room, where she was in a very stable condition. She is okay. We will take her to court for giving false information after investigations are concluded.”

Mr Ayoo said investigators would request for Ms Wangui’s mobile money transfer records from a telecommunications service provider that she is registered as a user to ascertain the amount of money she received through deceit.

PHOTO – Meet Shaffie Weru’s 10 Year-Old Son You Did Not Know About < Previous
VIDEO: Man Burns Down House After Second Wife Declines to Admit First Wife Next >
Recommended stories you may like: