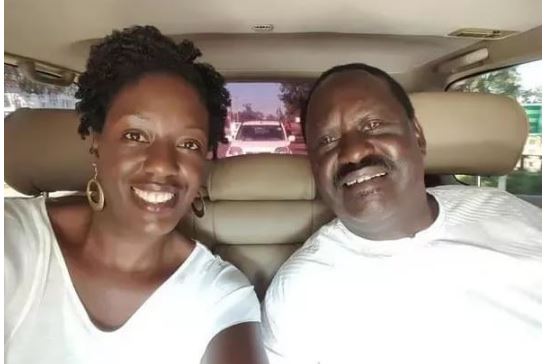 Opposition leader Raila Odinga has condemned a local daily for publishing a story about his daughter’s health, terming it as fictitious.

In a statement relayed by his spokesperson Dennis Onyango, Mr Odinga said that the story carried by The Sunday Standard indicating that his daughter, Rosemary Odinga, had suffered a mild stroke causing her admission in a South African hospital, is false.

“Ida and Raila Odinga are horrified by the lead story on today’s Sunday Standard by the title Raila: Why I fear for my daughter.

“The story is a fraudulent exercise of journalism, which attempts to pass fictitious suppositions of the writer on the medical condition of Rosemary Odinga and on the position of the Odinga family on matters surrounding her health and career as truths,” the statement said.

He said his family was not consulted before the story was published.

Mr Odinga said that despite his daughter being hospitalized, the family’s position is to treat the matter with utmost privacy and as such, attributions used in the story amount to fabrication of facts.

Rosemary Odinga was flown to South Africa last week for what the family termed as further check up, just to ascertain her well-being.

The statement further added that the story is only meant to deceive Kenyans and exhibits the highest level of unprofessionalism.

“It is shameful that the writer has sacrificed common decency and trampled over Rosemary’s rights to privacy, both standard requirements of professional journalism, in order to fabricate a story for his selfish gratification and sales for the company.

“Readers must treat this story as a con and know they have been cheated of any money they spent on it.”