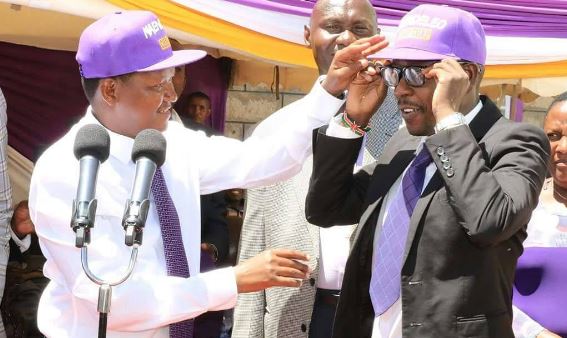 Machakos Governor Alfred Mutua on Monday received over 700 defectors from the CCU Party.

He said the party will give direct tickets to candidates who have no direct opponents. Senators Lenny Kivuti, Emmy

Among the defectors welcomed into Maendeleo Chap Chap was rapper Francis Khamisi known by his stage name Frasha.

The one-third of rap group P-Unit will be seeking a member of county assembly seat in Athi River, Machakos county.

“Today I joined Maendeleo Chap Chap due to the principles this party stands for. I will work with Governor Alfred Mutua to bring the developments that he as done and replicate this to Athi River,” Frasha said.

Today i joined Maendeleo Chap Chap due to the principles this party stand for. I will work with governor @alfredmutua to bring the developments that he as done and replicated this to Athi river #INCOMINGMCA #maendeleochachap #letthepeopledecide #mcc

Loading...
READ: Bodaboda Operator ‘Killed by Jaguar’ Had Penned this Emotional Letter to God Before his Untimely Death < Previous
Kidero to Launch Sh100 Million Project to Install Free Wi-Fi in Nairobi’s Public Schools Next >
Recommended stories you may like: