OMG: Proud Kenyan Dad Uses Facebook to Congratulate Daughter for Being a Virgin 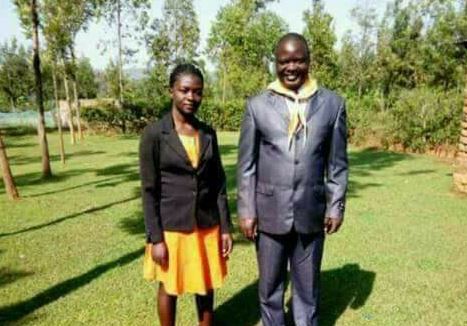 Of all the things social media could be used for, Kenya has produced one that has probably never been seen or thought of before.

A proud Luo man, identified as Duncan Odira, is the talk of social media after using Facebook to announce that his daughter is a virgin.

Mr Odira, who according to his Facebook profile is an assistant teacher at Otacho Primary School and lives in Migori, took to the popular social platform on March 9 to congratulate his daughter, Jael Atieno Odhiambo “for remaining a virgin girl.”

“Congratulations to my daughter Jael Atieno Odhiambo for remaining a virgin girl. God bless you my daughter for taking in my advice to avoid sex before marriage,” read the post.

Mr Odera further asked his friends to join him in congratulating his daughter. 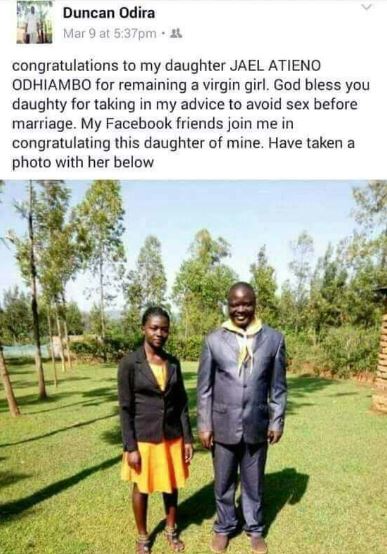 It remains a mystery how Mr Odira confirmed his daughter is still a virgin.

Jaguar Responds to Reports that a Man was Killed Over Money he Dished Out in Political Rally < Previous
Govt to Roll Out Pre-Exposure Drug That Prevents Contracting HIV Next >
Recommended stories you may like: