Mercy Masika and Hubby Open Up About Their Beautiful Love Story 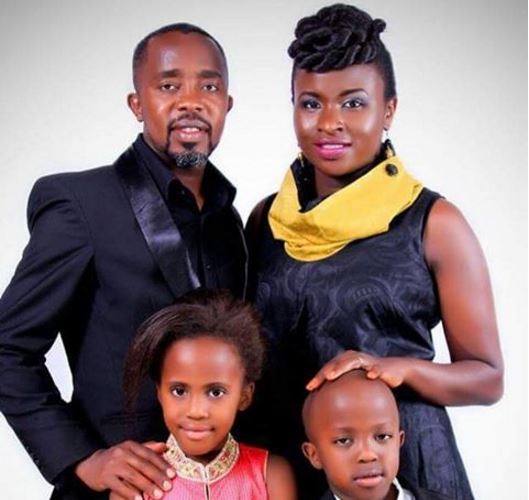 Gospel singer Mercy Masika is undoubtedly one of the most influential personalities in the country. Besides inspiring her ever-growing fanbase with her amazing music, Mercy’s love story and marriage to David Mugora is a source of inspiration for couples in marriage or looking to settle down.

Speaking to Sde, the couple opened up about their love story, revealing how they met, their first date, challenges they have faced in marriage and how they stay happily married.

According to the lovebirds, friendship is the ingredient that has kept their marriage afloat for the many years.

They met for the first time in 2007. Mercy, though trained as a teacher at Daystar University,  chose music and would get invitations to perform at events shortly after university.

In one such event, she would meet her future husband, father of her kids and music manager.

She was performing at a wedding reception in Lang’s and David was a videographer at the same event.

“I had woken up feeling happy and arrived at the venue two hours early!” she narrated.

“He casually asked for my contacts after the event suggesting that he’d like me to sing at his wedding someday.”

David revealed that from the first time he heard Mercy sing, “Her voice inspired and challenged me and has continued to do so deep into our marriage.”

With Masika’s phone number, David who was at the time writing a devotional diary added Mercy to his mailing list and he would send everyone regular messages.

“I had forgotten who he was but I loved the messages. I was almost convinced that the sender was a prophet! Every message was in tune with what I had probably been thinking about or planning to do,” said Masika.

They finally got to meet at a diner near the City Hall. Though Mercy was late for the date, the two were sure that they were in love in the first hour of their chat.

“I admired Mercy’s passion in music and mostly the manner in which she embraced the Word of God,” said David adding that even today, Mercy’s prayer-discipline amazes him.

According to Mercy, their one-year courtship started after the second date. In 2008, they were married in a colourful wedding ceremony at Lenana Boy’s High School.

According to the singer, the first few months of marriage were challenging.

“I felt neglected because I expected my husband to help with house chores and be there for me all the time,” she said.

David noted that his business was going down then and it had started dawning on him that he had a family to take care of thus he had to work harder.

“I also quickly learnt that I had to be smarter to keep my wife happy and satisfied.”

Mercy further revealed that one of the most challenging times was when her mother-in law died after a short illness and David sunk into depression.

“I felt so helpless because I didn’t know how best to console him. I prayed a lot,” she says.

The two believe that happiness in marriage is as a result of combined effort.

“We have never reached a place where we would need someone else to intervene in our issues,” says David.

He recommends that couples should solve their issues independently because that gives them sole family responsibility.

Mercy advises married couples to embrace communication. “If you need to tell your spouse anything, give them the unedited version,” she says.

She however points out that submissiveness is a blessing and doesn’t belittle the woman.

CRAZY! Check Out These Funny Pics Doing The Rounds on Social Media < Previous
Hilarious Meme Compilation (Monday March 20) Next >
Recommended stories you may like: