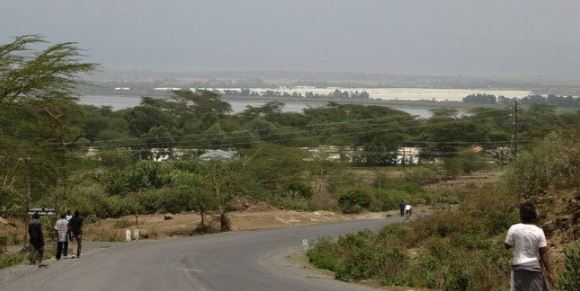 Locals, mostly flower farmers, say they found the dead fowls purposely placed at a re-occurring interval along one side of the busy road.

They say the bizarre scene caused fear and panic as the dead birds were not eaten by stray dogs in the area.

“This place has tens of hyenas and wild dogs but none has consumed the discarded birds raising concern among area residents,” said Moses Mulunga, a resident.

Public health officers led by Carolyne Vata visited the scene to pick samples of the dead birds and have since launched an investigation into the incident.

The residents say they are convinced that it was an act of witchcraft, attributing it to the election period where politicians go the extra mile to ascend to power.

“They were placed like 10 metres apart. So this is obviously an act of witchcraft by maybe a politician who wants to win elections. We have witnessed such actions during previous elections,” noted a Mr James Tanui

Akothee Exposes Deadbeat Baby Daddy ‘Who would Rather Spend his Money for S*x Holidays’ < Previous
Hilarious Meme Compilation (Friday March 17) Next >
Recommended stories you may like: