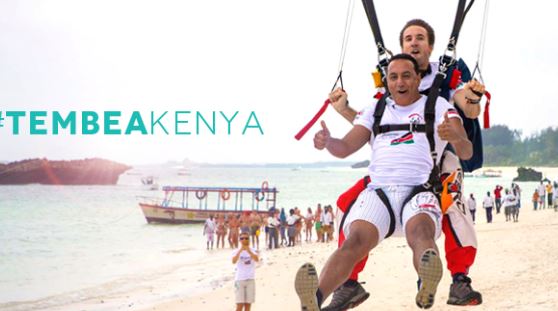 Tourism Cabinet Secretary, Najib Balala has yet again skydived in a bid to promote Mombasa as a major tourist destination.

Looking on at the beach were tourists, local residents and other players in the tourism sector as he landed in style into the resort. 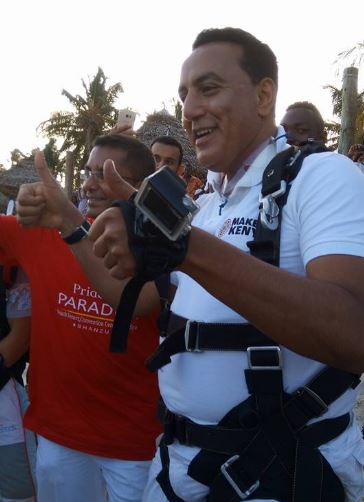 In his speech, the Cabinet Secretary warned leaders against issuing political threats ahead of the August polls, something he says may bring the tourism industry to its knees.

He noted that although international tourist arrivals in the country grew by 17 per cent in 2016, the gains made could be dealt a huge blow if political wrangles persist.

He added that the Tourism Ministry is now focusing on promoting domestic and regional tourism to cushion the sector against low arrivals from overseas markets during the low season. 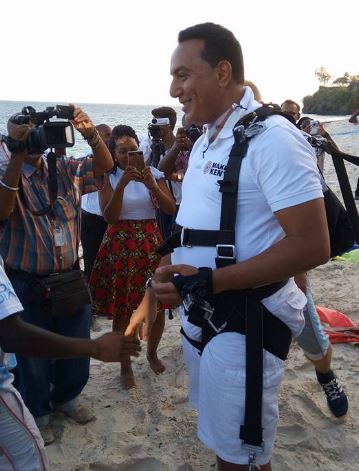 Here’s how the skydive went down:

Eunice Njeri: Why My Marriage to Gospel Rapper Collapsed on Wedding Day < Previous
Armed Robbers Raid Home of Homa Bay Governor in Karen, Steal Cash and Jewellery Next >
Recommended stories you may like: