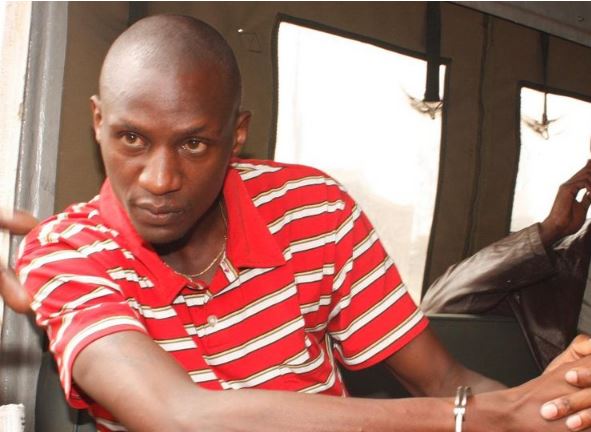 Former journalist charged with the murder of his wife, Moses Dola, has for the first time opened up about life after prison and the unemployment difficulties he faced after prison.

As a result, the ex-con has started his own entertainment company, D-Entertainment, that helps ex-convicts gain employment.

In an interview with The Star, Dola said he had the idea of the entertainment company  9 years before he started college. The entertainment outfit provides sound and entertainment for corporates and social events. His crew of comedians, dancers and MC’s total to 12. All

His crew of comedians, dancers and MC’s total to 12, all ex-convicts.

Dola was incarcerated after he was named as the main suspect in the murder of his wife, Wambui Kabiru, a former NTV journalist. His case is yet to be concluded.

Speaking about life in prison, Dola said: “It is not easy. First of all being a journalist, I was always in and out of places, so once you are in prison, you fond yourself confined, you don’t have extra room to move around. And there is no communication with the outside world, you are in a mental torture zone.”

He added: “Prison life is not what you can expect. You leave and you have a tag. Through out my time in prison I got to nurture their talent and when they did their time and got out, we teamed up. There are no jobs and we have to stay clear off a life of crime.”

Watch the full video interview below, courtesy of The Star.

Comedian Njugush Beaten Up By Wife After He Failed to Take Her to Two Rivers Mall (VIDEO) < Previous
‘Meru James Bond’ and Three Brothers Offered Jobs by Raila Odinga Next >
Recommended stories you may like: