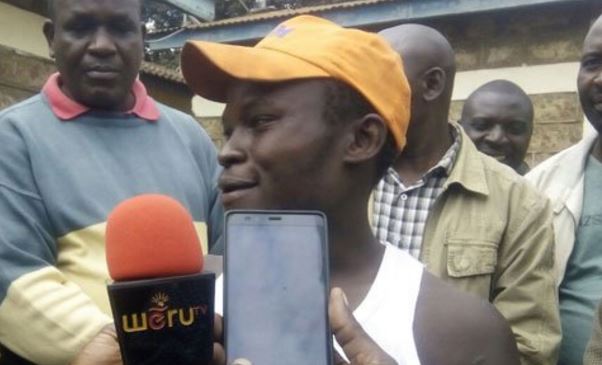 Just like Bungoma’s James Bond was rewarded for his theatrics, a man who clung on a helicopter carrying Cord leader Raila Odinga in Meru has got what he wanted.

After the incident on January 26, Julius Mwithalii, 28, told reporters that he did not cling to the helicopter for fun but as part of a plan to go with Mr Odinga to his home to ask for a job.

He may not have gotten his wish immediately but it has come almost four weeks later after he received the rare invitation to the Orange Democratic Movement (ODM) party leader’s office on Capitol Hill in Nairobi.

“We have met and our party leader has promised jobs for Mr Mwithalii and his three brothers, who are disabled,” Mr Kathata told Nation.

“We will be getting more details on Monday, when Raila will be holding a political rally in Meru County.”

Mr Mwithalii, from Thuuru Village, is a standard four drop out whose family is beset with a myriad problems. In 2000 Mr Mwithalii’s father attacked Mwithalii’s mother and three siblings and chopped off their limbs.

He is serving life in prison.