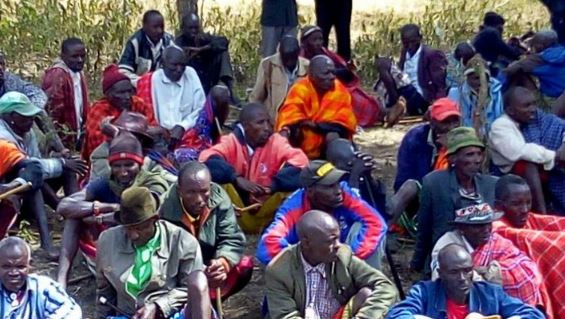 A group of women from Samburu County who protested against Opposition chief Raila Odinga on February 6 have been summoned by Samburu Council of Elders on Friday, March 3.

The women and organisers of the protest are to appear before the council with a goat each for a cleansing ceremony.

Over 1000 Samburu elders who met at Yamo area in Maralal Town on Tuesday, endorsed a decision to have those who participated or sponsored the demonstrations appear before them with a goat failure to which they will be cursed.

“Those who took part in the protest against Raila Odinga have been given one week to appear before the elders for questioning. They would, thereafter, be cleansed for the wrong they committed, failure to which we will cast a curse on them,” said Joseph Lenanguram, a Samburu elder. 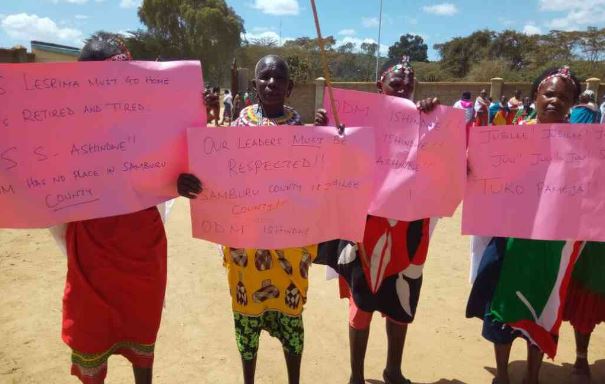 The elders, led by their Chairman John Lengurikuri have also issued a directive that no activity should take place at Kenyatta Stadium, where the demonstrations were held, before the cleansing ceremony.

According to the elders, the act of women burning and burying placards carrying the name and image of Mr Odinga was an act of embarrassment to the community and its leaders. 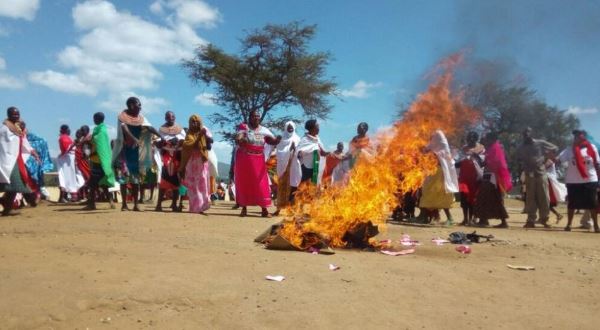 “Showing disrespect to Raila Odinga, who is a national leader – and a monumental figure recognised across the world –, is an act of embarrassment that should never be tolerated in the county. Raila has a right to give a speech to people in this county. We have met to break a curse cast on him,” said John Lopokopeny, an elder.

The women held demonstrations against Raila for criticising Samburu leaders for misusing public funds during a tour of Maralal and Baragoi.

Police Shoot Dead Gunman Who Shot Waiter Over Plate of Fries in Umoja Restaurant < Previous
Governor Kidero’s Official Vehicle Stoned by Angry Youth in Kawangware Next >
Recommended stories you may like: