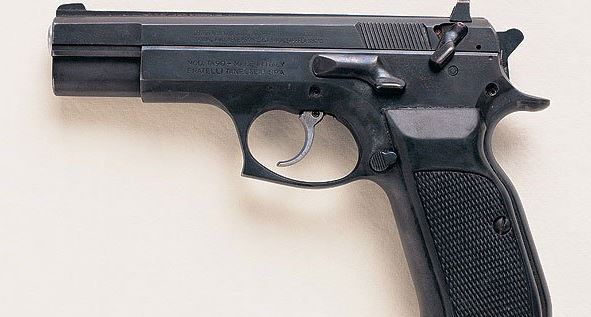 Police on Tuesday evening shot and killed a lone gunman after he shot and wounded a waiter after ordering chips in a restaurant in Nairobi’s Umoja II estate.

The officers who were on patrol heard gunshots and rushed to the scene and found the gunman inside Umoja Chips and Chicken Inn.

According to the police, the man had defied orders to surrender before he was subsequently shot dead.

Eyewitnesses said the gunman entered the said restaurant and ordered fries, and after being served he immediately drew a pistol and shot the waiter Joab Mwangangi on his left arm without provocation.

Mr Mwanagangi was rushed to Emmaus hospital in Umoja while the body of the gunman was moved to City Mortuary for postmortem and identification.

Police recovered a Kral King pistol manufactured in Turkey and one round of 8mm ammo.

Comedienne Anne Kansiime on Reports of Being Arrested at Heathrow Airport With 2Kg Cocaine < Previous
Samburu Women Who Protested Against Raila to Part With Goat Each or Face Curse Next >
Recommended stories you may like: