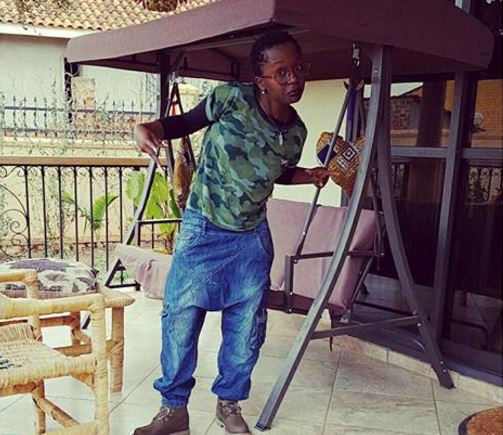 Uganda’s comedy queen Anne Kansiime has denied reports by a tabloid that she was arrested at London’s Heathrow Airport in possession of 2 kilograms of cocaine.

The defaming report by the blog claimed that Kansiime “had hidden the cocaine in two bags of coffee inside two of her suitcases”, and was apprehended by customs and border protection officers in London upon examination of the suspicious substance.

In addition to debunking the claims herself, Kansiime’s team has released an official statement on the report.

Kansiime wrote on Instagram: “About the online story going around that this your ninja girl is currently detained in some prison cell in London for being in possession of 2kgs of Cocain at Heathrow airport….. heheheheheheh this world is not my home indeed!? Thank you my ninjas for being the first to doubt such stories and Let’s spread more love to each other my ninjas. Trust me, they are #sharedblessings.”

Read the official statement below:

“On behalf of Kansiime Anne, the Kansiime brand we would like to issue a statement in regards to the article.
First of all we would like to acknowledge all our ninjas who have shown genuine love and concern by inquiring from us what is going on. Kansiime is in Uganda and has been in Uganda for the last 3 weeks since returning from work in South Africa late January and hasn’t been to the UK since November 2016 with proof of location that can be found on all social media platforms for Kansiime Anne. It is a pity that some online tabloids find it exciting to fabricate stories that tarnish the image of honest hardworking people. We kindly request the public to be smart and reject helping such tabloids grow their following by riding on the hard Labour of others. Kansiime Anne is a role model to many across different age brackets something that she doesn’t take for granted and is highly committed to.
Once again we thank all media platforms and journalists whose unwavering faith in Kansiime has played a huge role in clearing the lies that were being fed to the innocent public.
We return all glory to God for the blessing that is the Kansiime brand and we are working extremely hard with faith that the best is yet to come.”

Personality Test: What Image Do You See First, And What That Says About You < Previous
Police Shoot Dead Gunman Who Shot Waiter Over Plate of Fries in Umoja Restaurant Next >
Recommended stories you may like: