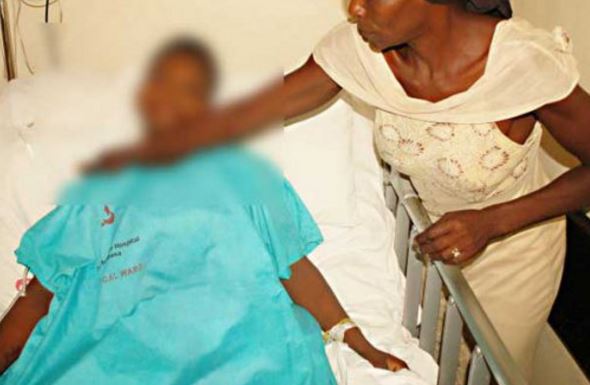 The horrific attack on a 23 year-old mother of two who was gang-raped and tied to train tracks in Mombasa on Saturday, has been linked to a child custody row.

According to witnesses who have recorded statements with the police, the victim, Aisha Syongula, had a serious brawl over the custody of her four-year-old son, whom one of the suspected assailants claims to have sired.

Aisha, who has had both legs amputated following the train accident, is said to have opposed an attempt by one of the assailants to take custody of the child.

‘’They had a serious brawl a week before Aisha got involved in this accident, with the suspected assailant vowing to kill her if she objected to him taking custody of the child,’’ one witness told the police.

Two of the assailants who are known to Syongula are still at large.

The single mother is currently recuperating at the Aga Khan Hospital after going under the knife on Thursday.

She told Standard that her attackers now want to kill her and her mother.

“I want police to arrest my tormentors. They want to kill me and cause untold suffering to my mother and children,” she said.