Luo Men Will Love This: Woman Explains Why She Has a Soft Spot for Men from Nyanza

From time immemorial, Luo men have earned their place as the epitome of romance compared to their counterparts from other tribes.

They are considered the Alejandro’s of our society as evidenced by the many women who have come forward to attest to the fact that a Luo man knows how to treat his woman or women.

With that said, a Kenyan woman is cracking up social media after she narrated her experience with a Luo man.

The lady, identified as Caroline Nyakaro, narrated on Facebook the incredible special treatment she received from a Luo man at his penthouse after a night of dancing. 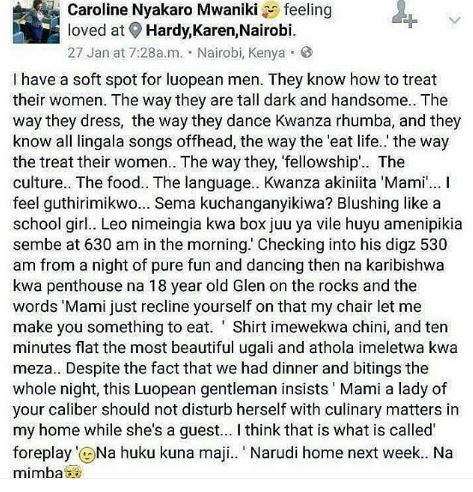 How One of a Kind Company is Helping Male Employees Dodge Valentine’s Day < Previous
President Uhuru Visits Big Kev as Kenyan Entertainers Come Together to Raise Sh 20 Million Next >
Recommended stories you may like: