Kisumu Son Snitches on His Conman Father, Calls Police on Him 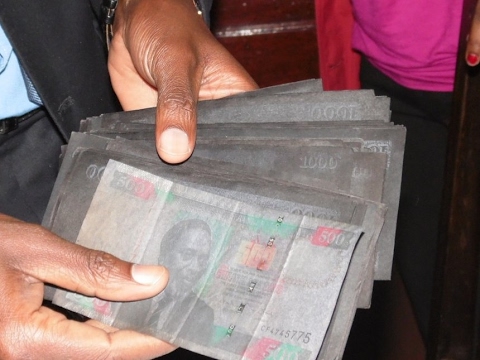 A young man in Kisumu over the weekend made headlines after he snitched on his conman father.

The man has been printing fake money and defrauding residents, and his son Kevin Dimba had had enough.

Kevin further helped the police recover paper his father has been using to print on, plus the machine itself.

To add salt to the injury, the son called out his father’s lie when the police officer asked him if he has been printing. Kevin even went into more details on how his dad, whom he confirmed to be his biological father, has been conducting the trade.

He further promised to testify against his father.

Asked by journalists what motivated his action, Kevin said that his father had abdicated his parental duties. Watch that news report.

Lawyer Ahmednasir Abdullahi Splashes Grand Mullah on a New Mercedes G Wagon (Pics) < Previous
Pregnant Jackline Mwende Opens Up About Cheating on Husband Next >
Recommended stories you may like: