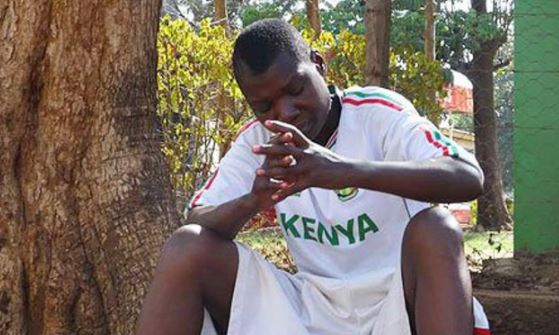 There some good news regarding the condition of legendary Kenyan boxer Conjestina Achieng’.

According to her elder brother, William Ochieng, Conjestina has made tremendous strides two months after she escaped from Mathari Mental Hospital.

Speaking to eDaily, Mr Ochieng said the ex-boxer’s health has significantly improved to a point her cognitive facets are functioning well.

“Now you can talk to Conjestina Achieng and she will reason with you. She is often calm and composed. The only challenge we are now facing, given our financial situation, is to regularly buy her drugs.  She can diligently follow her drug prescription; if you give her money to go buy goods from the market, she goes and returns accurate balance to you. She talks politely too. She has changed,” said Mr Ochieng.

“If you’d ask me, this is the time people can visit and share with Conjestina Achieng encouraging words. It is the right time,” he added.

After her escape from Mathari Mental Hospital on December 5 following strike by doctors and nurses, Conjestina Achieng went to live with her younger brother in Nairobi.

“She lived with my younger brother for nearly two weeks. By that time she had taken drugs with her. And after completing her dose, she went back to Mathari Mental Hospital for another dose.

“Conjestina pressurized our brother to give her fare to travel to our home here, in Siaya. My brother gave her the money, she went to Machakos Bus Station and paid KSh800 and safely traveled to our home in Siaya. Imagine that action. Kenyans deserve to know that and appreciate. Even we, at home, were so much surprised!”

“I wish Uhuru takes notice of Conjestina Achieng plight, and come to her rescue – even if it means buying her the drugs. I have tried as much as I can to get help from the County Government of Siaya, but no help has come her way. If the President can chip in and do something for her, Conjestina will regain her health fully. But currently, all her senses are functioning well.

“Otherwise, I thank Kenyans for not abandoning Conjestina and the son at the time of need. It is only fair if they are informed that Conjestina Achieng’s health is improving,” he said.

Timmy TDat’s Lover Pissed Off by Rumors that He is Dating Songbird Vivian (AUDIO) < Previous
Vitimbi Actress Nyasuguta Attacked By Political Rivals While Campaigning (Pics) Next >
Recommended stories you may like: