Willis Raburu: I Lied to My Father that I was Studying IT for Over Three-and-a-half Years 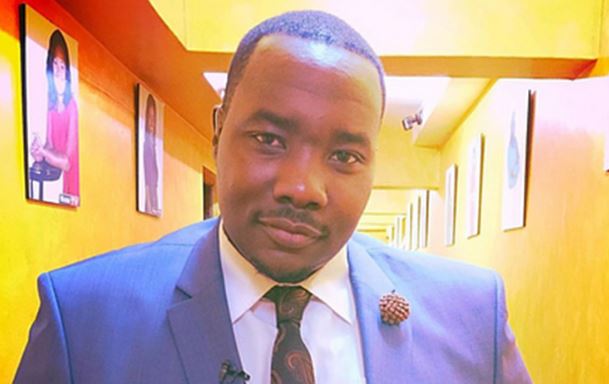 The Moi University graduate has carved out a name for himself in the media industry, something may never have happened had he not lied to his father about his degree.

For over three years, Raburu’s father believed his son was studying IT in university.

The news anchor made the revelation to Citizen Digital where he opened up about his career and personal life.

He was a cheeky kid

Willis Raburu is the third born of four children (2 boys and two girls), and he grew up in Kisumu City.

Talkative from childhood, his name would always feature on the noisemakers’ list.

“While in school, I was a notorious noisemaker. I was the kind of person who could not miss in the noisemakers list and my name could always be marked with a star because I was just too much.”

Journalism was his dream career

“I have always wanted to be a journalist. I remember I used to bug my mom all the time, forcing her to be my ‘audience’. I wanted to read the news and I would always ask her to sit down and listen to me while I read a newspaper.”

So where did the passion for journalism come from?

“I honestly don’t know I think it was just something that was in me. I just felt it that I needed to be on television. I always looked at the anchors in the screens and to me, they looked like serious people and so I thought I could be one of them.”

He ‘hawked’ water in high school

“After I completed my primary education at Aga Khan Primary school in Kisumu City, I joined Chemelil Academy High school which was a mixed boarding school. There I used to sell water like nobody’s business. That was like my side-hustle.”

So what made him get into ‘the hustle’ so early in life?

“You know when you are in boarding school; you must have a way to make sure that you have money to buy things like a loaf of bread. So I used to sell water and biscuits to my school mates. Believe it or not, business was booming for me.”

He was ‘hooked’ to a soap opera

While most men will vehemently deny having watched a soap opera, Raburu confesses that he has watched one such program from start to finish: El Cuerpo del Deseo.

“You know, I can’t stand soap operas but there is this one that I must confess I watched from start to finish: El Cuerpo del Deseo. It was just right for me not like the other Filipino soap operas that have crying scenes almost the entire time. The one that I have watched had the right kind of drama, the right amount of romance, not forgetting action… I really enjoyed it.”

He lied to his dad about his college degree

As is the case with many people, Raburu’s dad had a different plan for his last born son.

“My dad originally wanted me to study IT. I did not have an interest in the field since I wanted to be in media all through. In addition, I don’t like math at all. So when I enrolled for higher education, I lied to him I was studying IT for over three-and-a-half years.”

So how did Baba Willis come to know the truth about his son’s course?

“He only came to find out I had been pursuing a degree in Information Science (publishing and media option) when he came for my graduation. He was very disappointed. Nevertheless, he accepted my passion,” Raburu recounted. “Today he is very proud of me.”

Landing a job at Citizen TV

My first job was at Citizen TV. I was here for my internship for three months in the year 2010. When I was done with the internship and guys were leaving they told me to stay behind and that was when they told me that they were going to hire me and here I am.

So how does he handle the publicity that comes with a TV job?

“I am usually afraid of crowds, places where they are so many people. Because of this, I always try as much as I can to go to places at night, or if there is an event during the day, I make sure I go very early and leave late when guys have already gone. I always try to be myself while still making sure I am in a controlled environment.”

Journalism is often seen as a glamorous job, but is also demanding.  One has to deal with people from all walks of life, working extensive and often odd hours.  So how does he handle this?

“I pray a lot. I believe it is God who gave me this opportunity and so anytime there is a challenge I go back to God and let him know of my problem. I just try my best to balance things. So long as I know I am always doing my best I keep on doing what I do.”

“Passion is what drives me to do what I always do. I once told someone that the day I would stop having passion, then I will just quit because I believe you can’t be in something that you are not passionate about. In addition, my family, friends, pastor, are always able to ground me and tell it to me as it is.”

In addition to passion, Raburu is motivated by the happiness of others.

“I really find it difficult to tell someone no, I don’t know why but that is something that I am learning that it’s okay to say no. I like when people are happy and not sad all because I said no.”

If you’d like to catch this newscaster’s eye, your beauty can’t be skin-deep because he can’t stand superficiality.

“Women should stop being superficial in the sense that they should go beyond thinking of their beauty and try to focus more on what is it that would attract me to you. The story can’t stop at your beautiful, there needs to be more in terms of your character, what you stand for, your drive for life, your beliefs.”

Additionally, you’ve got to have the ‘old school’ version of femininity: “Just try and be a little bit traditional, Bi Mswafari sort of.”

That said, Raburu declined to comment about his relationship status.

He would not date a lady immediately if they met online.

“If I met a lady online, I would not date her first. I would first get to know her better, on a face to face basis, then after that…maybe think of dating her.

Why the extra caution?

“These days you cannot rush into things just like that, you might find out that the lady you were conversing with online is a totally different person when you get to meet her in person.”

“The Easiest Part Was Strangling Them”- Reformed Serial Killer Onyancha Reveals It All < Previous
Watch: How Guys Are Eating Nyama Choma Now That ‘Njaanuary’ is Over (Funny Video) Next >
Recommended stories you may like: