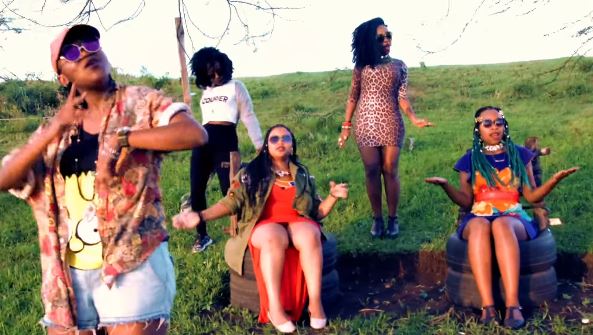 The visuals for the huge banger by Muthoni Drummer Queen, Kagwe Mungai, Fena Gitu and Mayonde is out.

Dubbed ‘Kama Kawaida’, Swahili for ‘as usual’, it is the second song from an ongoing collaboration between Nairobi based heavy weights Kagwe Mungai, Fena Gitu, Mayonde, Muthoni Drummer Queen and Blinky Bill.

Their first project was the equally good ‘Feeling It.’

The Hottest Stories on the Internet Today (Friday January 13) < Previous
How To Buy Liquor Online And Have it Delivered in 2 Hours Next >
Recommended stories you may like: