OMG: Woman Sets Herself Ablaze After Son Drops Out of School 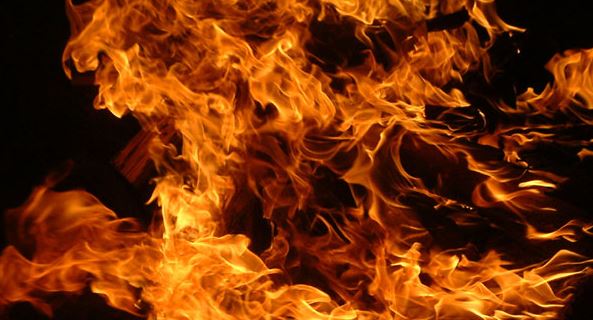 Residents of Kahiga trading center in Subukia, Nakuru County, were on Wednesday left in a shock after a 35-year-old woman set herself on fire after a disagreement with her son.

According to neighbors, Ms Josephine Njeri Muthoni before committing the act had complained about her son whom she said was disrespectful to her since he started involving himself in criminal activities.

“She was very disturbed by her son’s decision to drop out of school recently with no valid reason,” said Mr Mwangi Kamau, a neighbour of the deceased.

Confirming the incident, Subukia OCPD Alex Ng’ang’a, said the deceased locked herself in her house before setting herself ablaze.

The police boss said passersby who saw smoke emanating from the house broke into the bedroom and found the woman burning.

Efforts to save her were futile. The residents were, however, able to save an eight-month-old baby who was sleeping in the bedroom.

The baby was rushed to Nyahururu Hospital where she was treated and discharged while the body of her mother was taken to the hospital’s mortuary.

“Well-wishers and neighbours broke into the house to rescue the deceased but it was difficult because the fire was spreading fast. They, however, managed to rescue the baby who is in stable condition,” said the police boss.