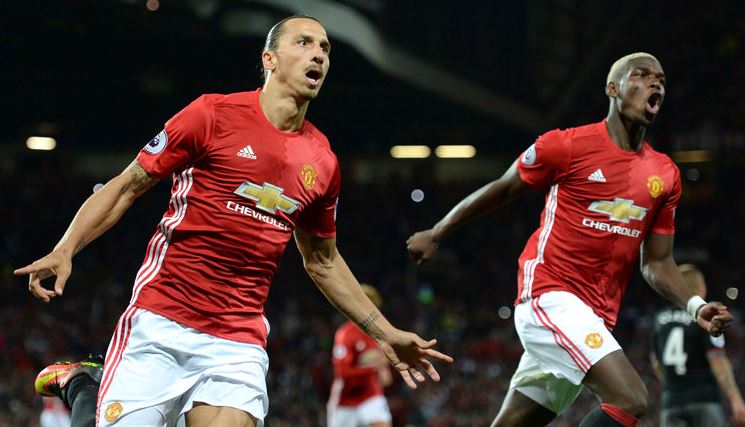 The Money League has listed the top 20 clubs in the world for revenue in each season since 1996/97.

In the latest edition, with figures relating to 2015/16, the combined revenue for the 20 richest clubs in the world grew 12 per cent to £5.5 billion, a new record.

United top the list with revenue of £515.3 million, the highest ever by a football club in a season in the Money League’s 20-year history.

Real Madrid drop to third place after 11 years at the top of the Money League, despite breaking the £450m barrier for the first time ever. Barcelona rank second with revenue only marginally greater than that of Real Madrid. 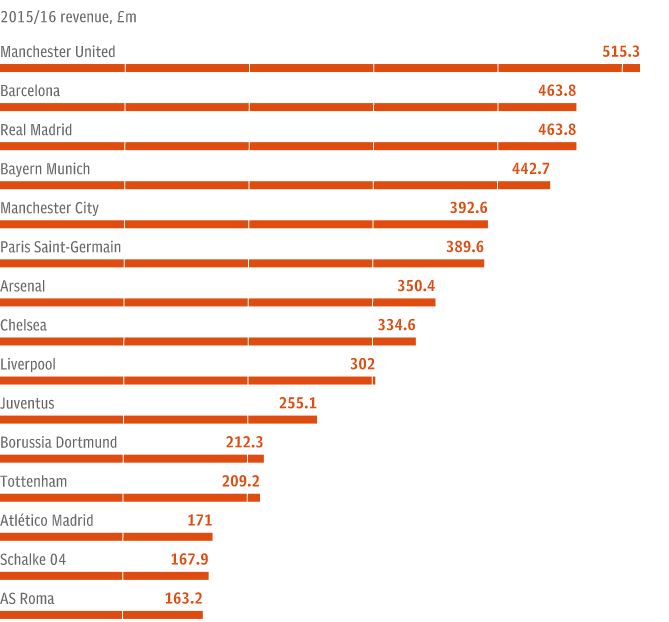 United’s resurgence comes as a result of significant growth across all three of the revenue categories (matchday, broadcast and commercial) compared with 2014/15.

The club’s matchday and broadcast revenues were boosted by their return to the Champions League, but it was commercial revenue growth of £71m that has led to United’s ascension to the top position, with the club now boasting over 70 commercial partnerships.

Dan Jones, partner in the Sports Business Group at Deloitte, comments: “Manchester United’s ability to secure commercial partnerships with value in excess of that achievable by their peers has been the crucial factor in enabling the club to regain their place at the top of the Money League.”

However, their lack of Champions League football in 2016/17 along with the weakening of the Pound against the Euro will mean United could struggle to hold off Real Madrid and Barcelona as No 1 next year.

There are a record-equalling eight Premier League clubs in the top 20, with revenues totalling nearly £2.4bn.

Leicester City, on the back of their extraordinary title-winning campaign, are one of only two new entries in the Money League, along with West Ham. Leicester’s 2015/16 revenue is almost five times that of 2013/14.

Arsenal, Chelsea, Liverpool and Tottenham maintain their ranking from last year, while Manchester City climb above Paris Saint-Germain into fifth, their highest ever position.

The top three positions are held by the same teams as in the first ever Money League covering the 1996/97 season. United, Real and Barcelona are four of 10 clubs who have been ever-present since the Money League’s inception, along with Juventus, Bayern Munich, AC Milan, Liverpool, Inter Milan, Tottenham and Arsenal.

The Hottest Stories on the Internet Today (Friday January 20) < Previous
OMG: Woman Sets Herself Ablaze After Son Drops Out of School Next >
Recommended stories you may like: