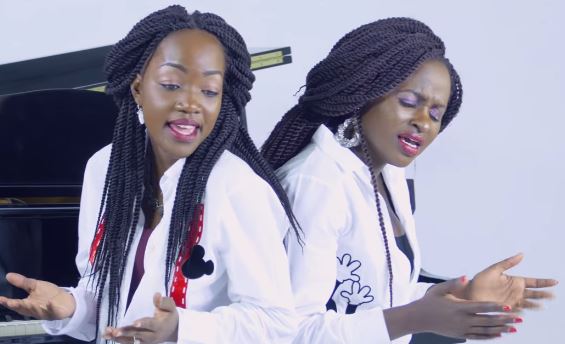 In addition to blessing people and spreading the gospel, Mercy Masika’s music recently saved a fan from committing suicide.

In an interview with Nairobi News, Angel Bernard revealed that the fan reached out to her and told her that the song stopped them from committing suicide.

“We thank God because we have been getting different testimonies from fans. One fan sent me a personal text saying they were to commit suicide on New Year’s eve because they were going through a difficult situation but after listening to ‘Huyu Yesu’, they found a reason to keep trusting in Jesus. It has been a blessing to us,” said Angel.

Watch the interview below, courtesy of Nairobi News.

A video of the song:

New Video: Khaligraph Jones Kills in Featured Song ‘Ollah’ by Tanzania’s Christian Bella < Previous
This VIDEO of ‘Homie’ Papa Shirandula Speaking American Slang Will Crack You Up Next >
Recommended stories you may like: