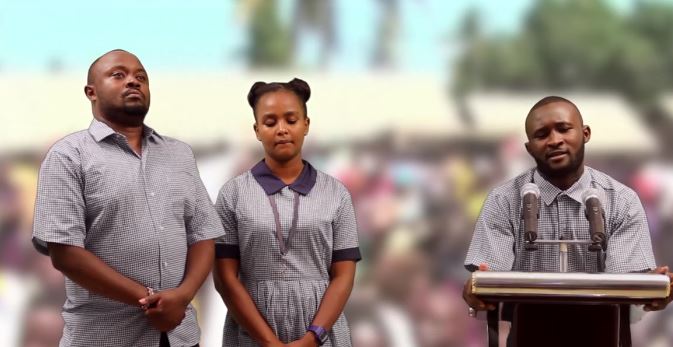 Early this month as you are well aware President Uhuru and Governor Joho happened!

In case you missed it, it happened during the launch of Buxton footbridge when the Mombasa governor called out the president and his government for launching and commissioning projects that many say were started by previous governments.

Since then, the governor has been grabbing all the headlines as he continues to feud with the government.

Away from the political scene, comedian Jaymo Ule Msee and his team have used the Uhuru-Joho clash to come up with a hilarious skit.

The skit creatively depicts the two leaders as rivals in school.

All The Trending Images This Wednesday < Previous
Video Tour: The ‘Room’ Obama Slept on His Kenyan Visit… Kempinski’s Presidential Suite Next >
Recommended stories you may like: