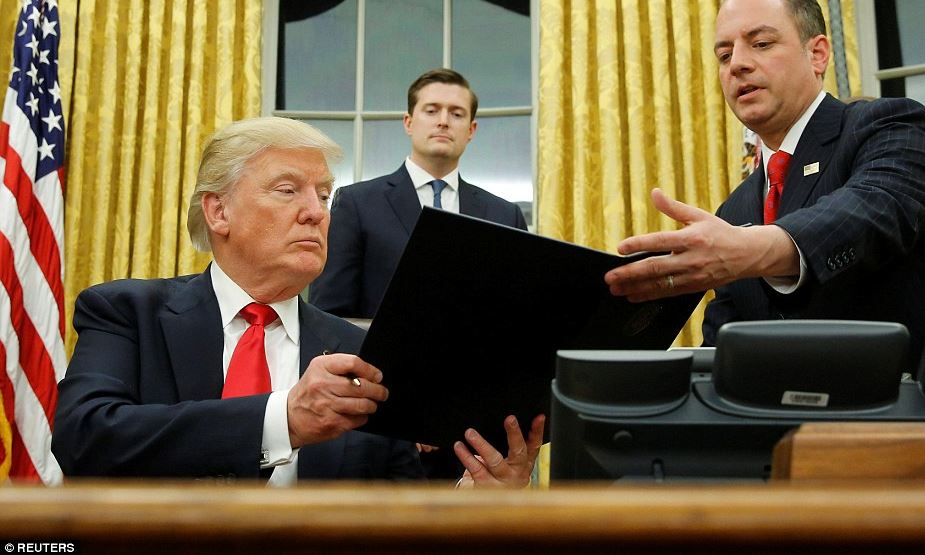 As much as Donald Trump is despised, he does have the unusual trait among politicians of fulfilling his campaign pledges. Plans are at advanced stages to repeal ‘Obamacare’. This week he will be signing an executive order to start building the Mexican border wall, and he has already gotten the United States out of unfavourable trade deals.

One of his biggest campaign promise was to crack down on illegal immigration. It may just be his first week in office, and already action has started been taken.

Yesterday, at least 95 Somali nationals and 2 Kenyans landed at the Jomo Kenyatta International Airport escorted by American security officers, according to the Star. The nearly 100 individuals were deported reportedly for being in the US illegally.

The were sent home via an Omnia international plane – an American charter airline based out of Oklahoma. The Somali nationals were then flown to Mogadishu via Juba Airways.

It is estimated that there are more than 30,000 Kenyans in the US illegally. Most of these followed the right procedure to get to the ‘land of the free’, but refused to return home once their visas expired.

The United States hosts about 11 million illegal immigrants, representing 3.5% of the total US population. Nearly half of these are Mexicans, which was the main reason for Trump’s statements towards their Southern neighbour.

Though deportations are expected to rise exponentially during the Trump presidency, it is highly unlikely he will even scratch the surface. Sending people back to their home countries is a really expensive exercise, even for America.

So, you probably shouldn’t expect Trump to charter a plane for your uncle who has been in the US for suspiciously long. It could still happen sooner or later.

PHOTOS – Aden Duale’s Magnificent Garissa Mansion < Previous
The Hottest Stories on the Internet Today (Friday January 27) Next >
Recommended stories you may like: