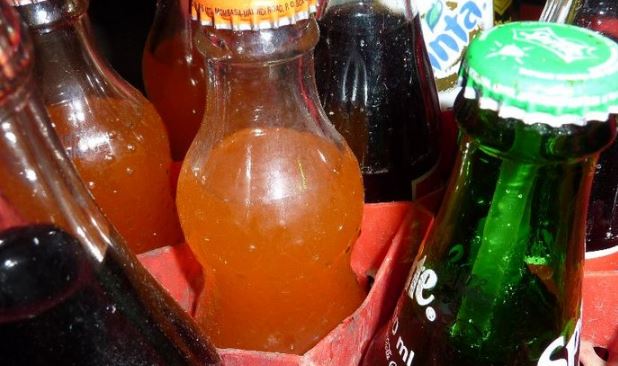 Kakamega County is once again making headlines for a bizarre incident in which a man traded his wife for a bottle of soda.

The man, a boda boda operator only identified as Tusker, left his colleagues in shock after he traded his wife for Sh500 to quench his thirst for soda.

According to Tusker’s colleagues, the ‘buyer’ they identified as Small had been a long time admirer of Tusker’s wife.

Small, 30, said he knew it was time to strike when he realised the 26-year old woman’s demands could not be sustained by her husband’s meagre income.

“His wife visited our work place one day and I fell in love with her. To clear my conscience, I approached him and told him his wife was very beautiful. I had sleepless nights,” said Small.

“When Tusker asked me for some money to buy a soda, I jokingly asked if he could lend me his wife. And at around 9 am, he came with her to where we park our boda bodas and told me to take her with me as I had asked.

“I held the woman’s arm and her husband asked for the payment (KSh500). I gave him the money and he handed the woman to me.”

The woman said her husband struck a deal for her to stay with Small as he could not provide for her during the festive period.

Small claims that after Tusker’s incessant begging to get his wife back, he returned her on Wednesday.

“For three days now, the man has cried, begging I return his wife. I thought deep about it and told him: ‘I don’t think that will be easy unless you talk to me nicely I won’t do you the favour’.

“However, today, I decided to return his wife to him. What I want from him is the bottle of soda that he drank in exchange for the wife. I just wanted to teach him a lesson – that you should never joke about giving your wife to another man. He will take her and go with her for good. I have told him never to try that again,” the buyer told eDaily.

The woman has been reunited with her husband.

Woman Dies of Shock as Hundreds of Elephants Invade Farms in Voi < Previous
Notorious Gun-Toting Businessman Arrested After Threatening Revelers Outside Nairobi Club Next >
Recommended stories you may like: