POLL: Who Stoned Naivas and Tumaini in Kisumu. Plain-clothes Police or Hooligans? 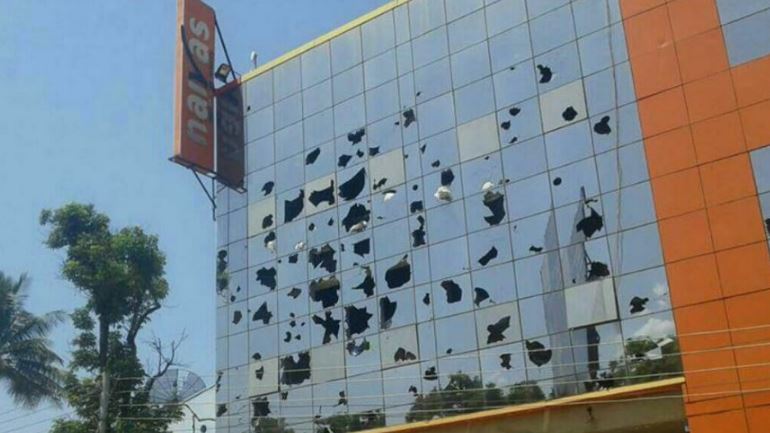 Every time we have violence or hooligan behavior in Cord’s Anti-IEBC rallies, Cord supporters always know where to point fingers.
When it was Nairobi, Moses Kuria was a perfect ‘scapegoat’ for the unlawful activities. The narrative was that he had ferried youth from Kiambu to come cause havoc and make Cord look bad.
The story was the same on Monday, when property was destroyed. Robert Alai led a battalion of Cord bloggers in pointing the blame to the government.
From ‘Jubilee Militias’, to Mungiki to plain clothes police officers. They blamed everyone for the damage at Naivas and Tumaini, but Cord hooligans. 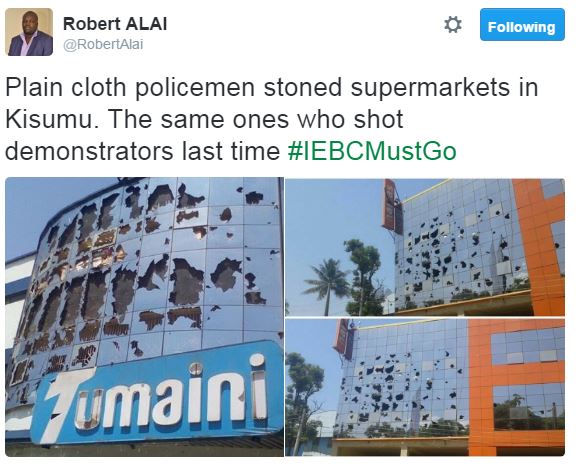 At some point, they settled on this interesting theory explaining how it started. 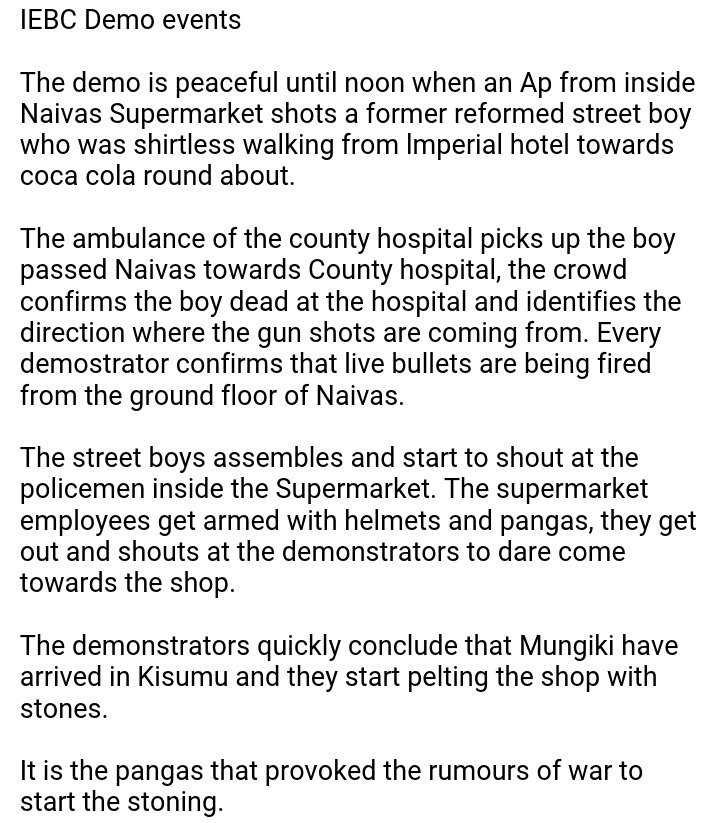 There was even a video to support this theory of supermarket workers with pangas.

On Facebook, Alai captioned it, “Ask the Police who gave this ‪#‎JubileeMilitia‬ pangas and helmets? Who organised them? We know that the militia exist and it is to be used to cause destructions in Kisumu so as to justify the extra-judicial killings. Have you ever seen such demonstrators who are organised and speaking in Swahili in Kisumu?”
From the video, we can see what looks like stones or glass pieces on the tarmac, leading the conclusion that this was mostly recorded after the damage.
It would be more logical to conclude that those men were supermarket workers who were out to protect their source of income. They all have matching brown shirts (probably staff uniform), and can be seen walking back into the supermarket. Some had brand new machetes (stocked in most supermarkets).
It would make sense for Alai and other Cord bloggers to once in a while condemn hooliganism among their midst, instead of pointing blame elsewhere when things are quite obvious.
My view. What’s yours?

#MhanyoZaUongo: Comprehensive List of All The Lame Pick Up Lines Used By Kenyans < Previous
RAW VIDEO: Elderly Woman Threatens to Castrate Ruto Next >
Recommended stories you may like: