I Cook and Sell Chapatis. With Sh500 Initial Capital, This is What I Make Today 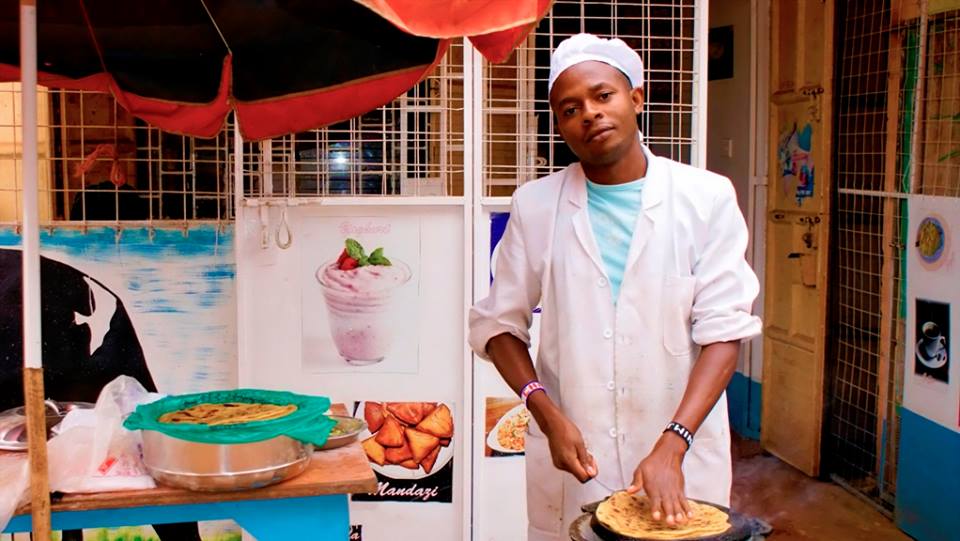 “I came to Nairobi several years back from the rural areas, in the hope of finding a job. But as things turned up, I never found any. So I had to engage in small time hustles here and there. I sold boiro (boiled eggs) with a bucket. I also sold tomatoes and made heavy losses, before finally settling on this job of making chapattis around five years ago.
I started with a capital of sh500, which I bought with charcoal, cooking fat and one unga (floor). I would cook one packet, and used the money I got to buy the next one. By then I didnt even have a table. I used to put my jiko (charcoal burner) on the ground and bend as I cooked, which was very tiring.
I dint have an umbrella, so the noon sun used to hit me really hard. I got the frying pan, the jiko and the table from my brother who had hosted me when I came from shags (countryside).
There is a time I had 50 chapattis as leftovers, after selling only 20. I had to share with friends because I couldnt sell them the next day. If you sell yesterdays chapatti to a customer he will not come back again. I experienced such bad days twice but I never gave up. I just pulled myself up and went on. But I thank God the business has seen some phenomenal growth in the last five years.
Today I sell around ten 2kg bags a day; two in the morning, three during the day and five in the evening. In good days I make a net profit of sh800 but in bad days it can be as low as sh200.
The job sustains me, wife and my kid. The biggest challenge is I use a jiko which somehow affects my health. I must take a packet of milk after the days work daily.
Another issue is when I bring someone to hold brief for me when I am out on some errands, more often than not they fail to maintain my standards. They either reduce the size of the chapattis to make an extra coin, or make the dough in a hurry so that the chapattis lose the fine good taste.
This ends up driving some customers away. So I prefer doing the job personally”
Source – Spirits of Nairobi

PHOTOS – Check Out Zari’s Palatial Crib in South Africa < Previous
PHOTOS – Raila’s Hooligans Stone Naivas and Tumaini Supermarkets in Kisumu Next >
Recommended stories you may like: