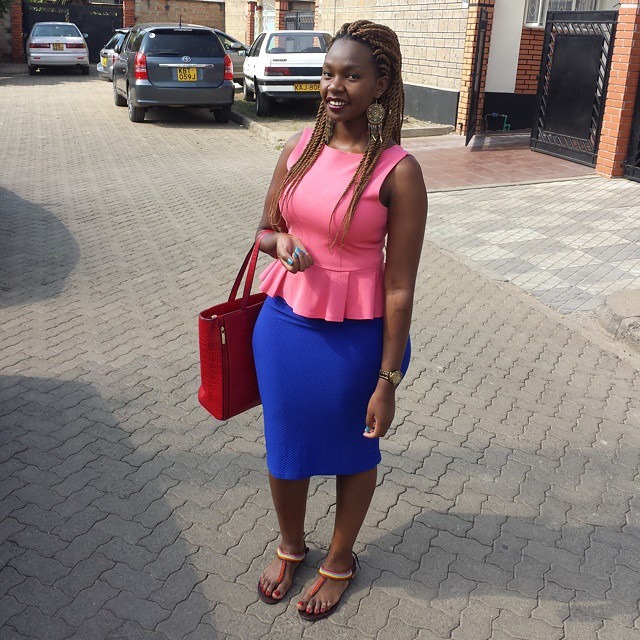 Cheryl Kitonga was trending on social media all night. Mohammed Ali exposed her as the lady who was with Jacob Juma last at his Westlands apartment.
When Juma was alive, he was rumoured to be quite promiscuous, with multiple women taking to social media to share inbox messages he allegedly sent them.
He had two homes. His matrimonial home in Karen and an apartment in Westlands. It was at this apartment where he entertained his guests.
On that fateful day, the police told us that he was with a lady, whom he later dropped in town at around 8pm. For obvious reasons, the CID did not reveal the identity of the woman.
Mohammed Ali and his investigative partner Dennis Onsarigo however view lines to cross blurry. They exposed her on national TV on Monday night, posting pictures from her Facebook, and even airing a phone conversation she had with her cab driver. It is highly unlikely she gave them permission to use those images, and therefore in bad taste considering they blurred everyone else, from the cab driver to the watchman.
Cheryl most probably had nothing to do with Juma’s murder, and was just his guest on the wrong night.
She has since come under intense attack on social media, and we can only hope she holds it together.
Do you think it was right for Moha and Onsarigo to expose her?

POLL: Should Joseph Nkaisserry Go Home? < Previous
Hilarious Meme Compilation (Tuesday May 24) Next >
Recommended stories you may like: