On Monday, CORD leaders once again led their supporters in demonstrations against the Independent Electoral and Boundaries Commission (IEBC).
As was expected, the protests turned chaotic as anti-riot officers tried to repulse the protestors from proceeding to the IEBC offices.
Photos circulating on social media captured some rioters vandalising vehicles, stealing mobile phones and other valuables from passers-by who were not part of the demonstrations.
One photo that caught the eye of most people captured a rioter who had shown up with his dog. Some people claim the dog was to help with the removal of IEBC commissioners from office while others claim it was meant to protect him from the police.
What we are sure though is that Kenya has its fair share of crazy characters! 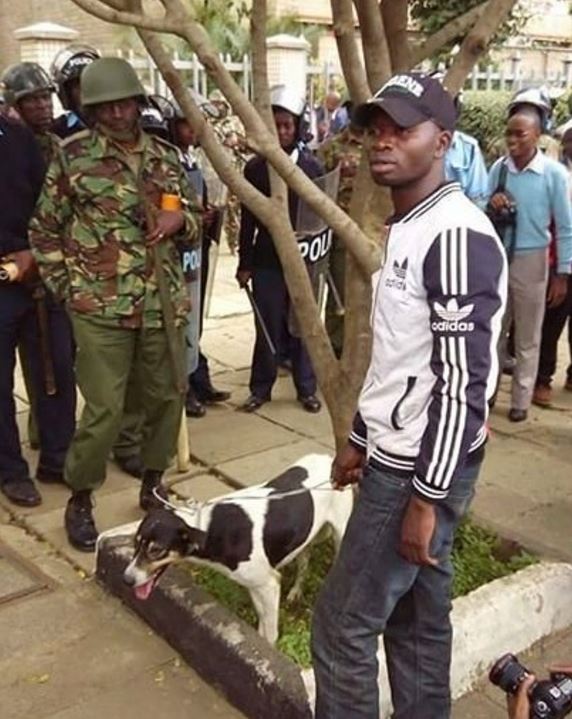