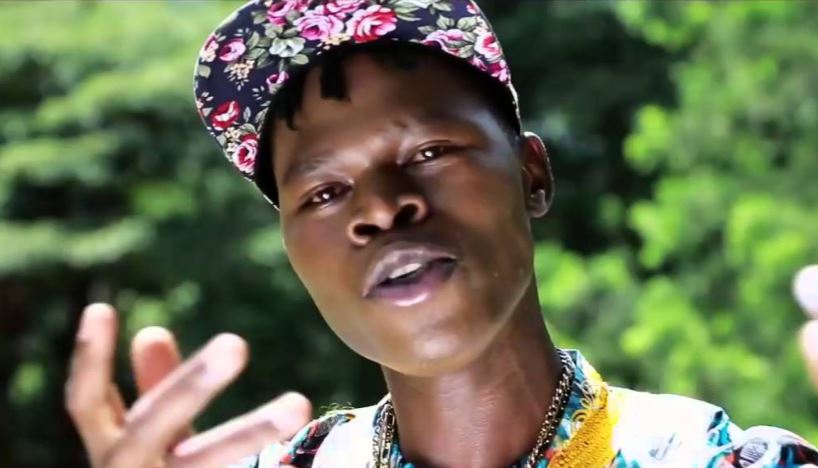 He is currently one of the most promising upcoming rappers in the country. Victor Ochieng’ Ondeye, 26, popularly known as Vic Mass Luodollar is riding high on the hit collabo, ‘Bank Otuch’ featuring Octopizzo.
What makes his rise to the top even more inspiring is that he was once a street urchin and hawker in Kisumu.
He recently spoke to Pulse about his life and music career. Here’s his story:
You have been dubbed the new Luo rap king following into the footsteps of Gidi Gidi and Maji Maji. How does that make you feel?
Everyone is entitled to their opinion and it’s a good thing. Truth is we have nothing in common except for the fact that we share the same language. Octopizzo is my role model.
Right now, your Bank Otuch collabo with Octopizzo is the talk of town. Whose idea was it?
The song Bank Otuch (remix) was my idea. I asked my social media fans whom they wanted me to work with and despite having suggested the likes of Khaligraph Jones, Timmy Dat, Tanzania’s Diamond Platnumz and Octopizzo among many others – the latter got more votes from my fans and hence the decision to work with him.
There is a lot of word play in the song but just what does Bank Otuch mean?
The original lyrics are a bit different from the current ones. But basically it means that the bank is leaking. That is meant to mean, I am loaded now and no longer the broke man I was when starting up.
So have you made good money now?
I’m a Luo… I’m not poor.
How was it working with him?
Octopizzo is one of the easiest rappers to work with. He did his part of the collabo months ahead besides introducing me to MG Studios where I redid my part of the Bank Otuch remix. The additional trumpet in the remix spiced up the song. On top of this it was amazing to hear him rap in pure Dholuo for the first time. The remix has been well received in various parts of the country.
It is said you are the hottest artiste in Kisumu right now…
I thank God… besides, I want other artistes to get inspired by me and rise to national standards. If I have made it, they too can make it.
You were once accused by a bank manager of conning him…
This is a sensitive matter which I choose not to comment on at the moment taking into consideration that the case is still in court. Once the ruling is done then I will be free to talk about it.
You started from the scratch but today you have become one of the biggest music brands from Kisumu…
I am a dreamer and a believer who is always hungry for growth. I used my go-getter personality to meet with some of the well-known local celebrities among them media personalities, entertainers and motivational speakers who taught me branding and packaging among other things.
Is it true that someone from abroad is funding you, hence all the wealth?
Every talented artiste with a great vision needs an investor and I happen to be one of them. I don’t see anything wrong with it since the likes of Jay Z, Drake and Nikki Minaj just to name a few are doing the same.
Is that the reason you changed your game?
We live in an evolving world where change is inevitable. Besides I am one artiste who is open to criticism because it gives me a platform to evaluate myself and aim higher. That has made me stand tall.
What makes you stand out?
I am the only local rapper specialising in Afro-hip hop in native language. That aside, I believe I tell it as it is. With the changing trends in music I strive not to let my fans down and that is why I give out my best during shows. To achieve this I practice and rehearse wherever I am and the results are amazing. In other words, I’m a self-conscious rapper with a style that is diverse, poetic and original.
Tell us about it your life as a street urchin…
I come from a humble family background with a single mother who took care of us after the death of my father, which saw me venture into street life at the age of five for a few years before I quit to join school. At 12, I struggled hard to cater for my poor family. This is documented on my documentary, Vicmass Luodollar-Globetown vs Smukfest I Kenya.
And you later quit high school…
After completing my primary education things were tough. I lacked fees so I could not go on with school. I quit school two weeks after enrolling in Form One. Today, however, I am glad that I have managed to employ some graduates.

Cheryl Kitonga: The Lady Who Was With Jacob Juma The Night He Died (PHOTOS) < Previous
STRAIGHT FIRE!! Wahu and Cindy Get Flirty in New Sizzling Track ‘Yeye’ (VIDEO) Next >
Recommended stories you may like: