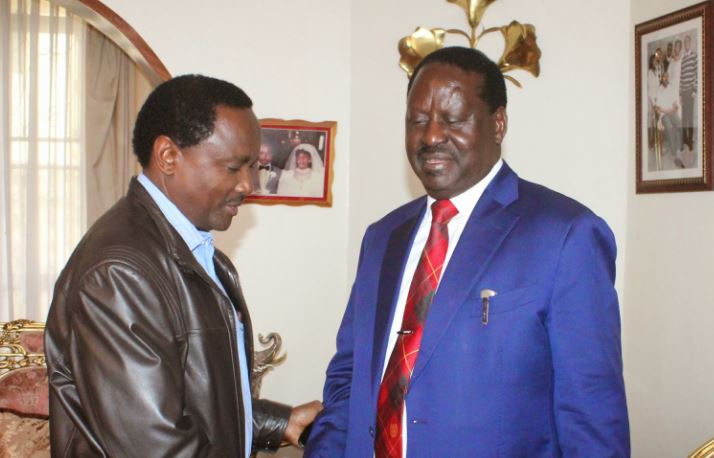 Following the Cord demos, an old ‘tweet’ belonging to former Vice President Kalonzo Musyoka has surfaced.
In it, Kalonzo says, “The Prime Minister thrives where there is chaos, violence & confusion”.

It was apparently written on 23rd May 2011.
However, a quick look reveals the tweet is not genuine.
There are numerous online applications that you can use to fake a tweet, and this is a clear example.
Most of these applications have not been able to copy the blue badge. Kalonzo is verified and if indeed this was a true tweet, the blue badge should be visible.
Second pointer; The pictures of the ‘retweeters’ show white people. These applications use stock photos for the retweeters, and hence a black face is not common. Kalonzo is a Kenyan politician and we would expect more blacks to retweet him.
Third pointer: The date is conveniently May 23rd 2011. The guy who made this on Monday morning only bothered to change the year on the default settings.
Fourth pointer: The tweet does not show up on either a Twitter search or a Google search.
We’ll be seeing more of these as the elections approach. Both sides will have dedicated teams to spread propaganda or have enthusiastic followers do it for free.

Miguna Miguna Calls Out Moha Jicho Pevu for Bias < Previous
This HOT GSU Officer Will Make You Turn Up for ‘Tear gas Monday’ Next >
Recommended stories you may like: