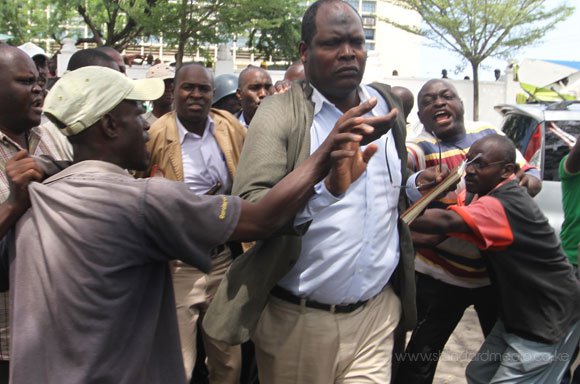 Former adviser to the Prime Minister, Miguna Miguna, has called out KTN journalist Mohammed Ali for lack of ‘objectivity’.
Miguna, who is hoping to succeed Kidero as the next Nairobi governor, quoted a tweet where Mohammed Ali castigated President Uhuru.
“Kanzu mpya SHEIKH ni yule yule. Adressing Garissa residents behind the fence. Are we one? Not yet Uhuru.” Moha had tweeted accompanied by a picture of the President addressing North Eastern residents behind a fence.
Miguna told him “My Brother @MohaJichoPevu, I’ve tremendous respect for you. But as a journalist, please try to exercise OBJECTIVITY.” 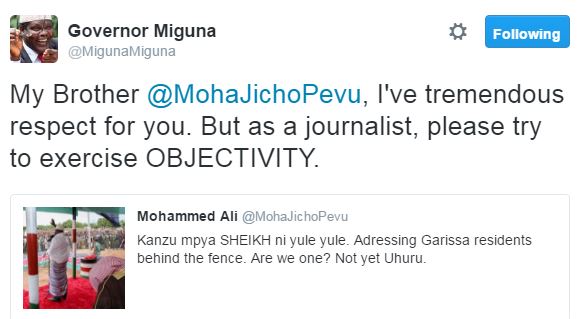 Moha makes little effort to show his dislike for Jubilee, and has even expressed his desire to vie for a parliamentary seat on ODM ticket.

Hilarious: How to Stop Your Wife/Girlfriend From Pressuring You (VIDEO) < Previous
Fake Kalonzo Tweet About Raila Confuses Kenyans Next >
Recommended stories you may like: