POLL: Is Raila a Great Statesman or a Just a Selfish Politician? 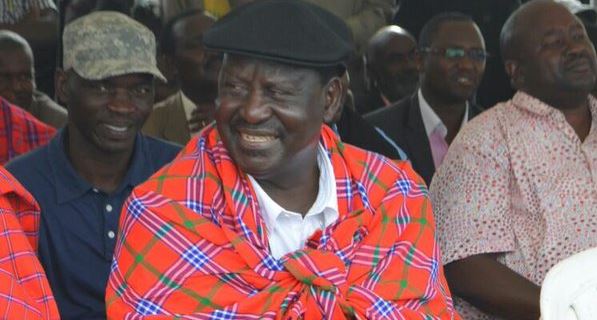 Cord leader Raila Odinga had a good chance to ‘retire’ in peace in 2013 and be branded at true African modern-day hero.
He had a chance to show that he is not just another self-centered politician by nurturing new leadership in his party. Now less than 2 years to the general elections, he is still the undisputed Cord leader and basically the coalition cannot exist without him. There is talk of MoUs that have not been honored, and all indications are that Raila will not back either Kalonzo or Wetangula for the top seat. He will be the flag bearer in 2017.
If that’s the case, I don’t see how Cord in its current form will hold. While Wetangula might hang on, Kalonzo will sure as day walk out if he is not the flag bearer.
Even with a united Cord, the numbers are not in their favour. Nothing has happened to indicate a shift in the voting patterns commonly known as tyranny of numbers. Raila will never get votes from GEMA and Ruto has Rift Valley in the basket.
It’s too early to say much about Western, considering Wetangula’s influence in the region, and whether he’ll remain in Cord is unclear.
But if Raila will be the flag bearer, he can kiss the Kamba goodbye.
The former Prime Minister knows that his chances of being President will never be as good as in 2007.
With all due respect, his hunger for power will continue eroding any ‘statesman’ tag he might still have. It will lead no where and only destabilize this country.
Raila has let himself be used by his hangers-on; politicians whose only chance of being elected in their constituencies is by being seen to fight for Baba. Their reasons for taking to the streets for Baba are self-serving.
With the march to IEBC offices on Monday, Raila is preparing the ground for another chaotic elections. Some analysts have argued that he wants another power-sharing agreement in 2017.
Every objective person knows that Raila’s fourth attempt at the presidency will end up like the other three. Even his staunchest supporters will admit this in private. Raila himself knows it but does not want to admit it.
IEBC is the perfect scapegoat to advance their message – that the elections results cannot be trusted.
It has been suggested that by drawing goats and cows on the Okoa Kenya signature booklets, Cord was setting up IEBC. They were never interested in a referendum. IEBC played into their plan by rejecting the signatures and dismissing ‘Okoa Kenya’. That way, Raila can tell Kenyans that IEBC is not to be trusted.
Then came the calls for commissioners to resign.
It’s a long shot, but I’d not be shocked if Raila is secretly hoping they don’t resign. That way, he will dismiss the election results and probably set himself up for another power-sharing deal.
What if they were to resign? Another bunch of commissioners will come in, and the same allegations will fly again. After all, Jubilee controls parliament.
2013 was widely accepted as Raila’s last shot at the presidency. However, he refused to accept that and now he’s back.
While we may have avoided chaos in the last elections, with the current environment it is unlikely we’ll be twice lucky.
Raila will be almost 73 during the next elections. Careful not to rule him out of the 2022 elections at age 78, it is quite likely this will be his last try.
Our neighbors are building mega infrastructure and we just lost an oil deal to Tanzania. This country needs political stability now more than ever.
Is IEBC independent as it is supposed to be? Heck NO.
Has it lost public trust? Big Yes.
But is marching to Anniversary tower the right/constitutional way of going about things?
But perhaps it would be wise to bow to Raila’s demand that IEBC be disbanded, and a new one comes into office. That way, his biggest arsenal of a compromised commission will be taken away from him.
It is illogical to change commissioners every election cycle, but these are special times. Raila is a special politician and it may only be one more election before he stops being on the ballot.
Kenya’s economy may never recover if scenes of youths lighting fires on tarmac, looting mega stores in cities and uprooting railway lines are repeated again next year. No foreigner will invest mega-bucks in a country that lights up every 5 years.
Raila fought for many freedoms we enjoy today, but some of his actions might leave us with no country to enjoy them.
What do you think?