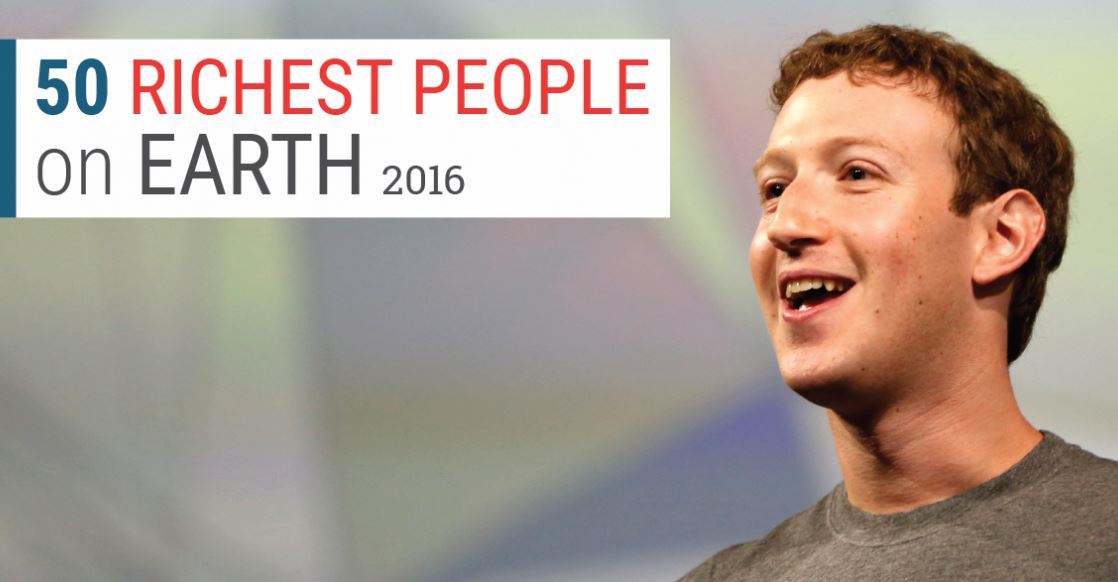 (Business Insider) Here, The Money Project, a collaboration between Visual Capitalist and Texas Precious Metals, has visualised the world’s wealthiest people — from Warren Buffet to Mark Zuckerberg.
These are the richest billionaires in the world – entrepreneurs, inventors, thinkers, heirs and heiresses. They’re the people who’ve brought us Facebook, Microsoft, fashion and food. Or inherited vast empires.
Names will be recognisable – Mark Zuckerberg, Warren Buffet, Bill Gates sit alongside big families, such as the descendants from grocery giant Walmart, the Koch Brothers, and the Mars clan.
Candy man Forrest Mars forged a business that led to his sons and daughters each enjoying $28 billion respectively. Not bad for a few chocolate bars. Together, the combined fortunes of those on the complete list equals $1.46 trillion.
A stack of one trillion in dollar bills would go almost one quarter of the way to the moon. With one trillion, you could spend more than $54 million every day, for the rest of your life, and still have spare. $54 million is more than most people earn in a lifetime.
Just 50 people in a world with a population of 7.125 billion hold nearly 1.5 trillion alone. The figure is more money than the GDP of entire countries such as Australia or Spain.
In the data visualisation below, which uses the latest information from Wealth-X, we can take a closer look at the people with all this wealth. It breaks down age, location, and the source of their fortunes.
Most of the world’s richest people comes from the US – 58 per cent of the list live there. The rest are from Europe (16 per cent) and China (12 per cent). The Southern Hemisphere has just one on the map – Jorge Lemann, from Brazil. Although he lives in Switzerland.
The youngest billionaire featured is Facebook’s Mark Zuckerberg at 31. The oldest is Liliane Bettencourt, the principal shareholder of cosmetic powerhouse L’Oréal. She’s 93. She’s also one of the few women there. No, wealth isn’t at all balanced – but you knew that.
On average, tech billionaires are much younger than in other industries. And it’s tech – the likes of Larry Page, Sergey Brin, Bill Gates, Larry Ellison – which has the most billionaires on the list (12).
Retail is another big group, with Zara, Nike, and H&M all helping people to gain vast wealth.
Here’s the map:

QUIZ: Can We Guess Your Real Age? < Previous
WATCH: President Robert Mugabe Bows to his Own Portrait During Independence Day Celebrations (VIDEO) Next >
Recommended stories you may like: