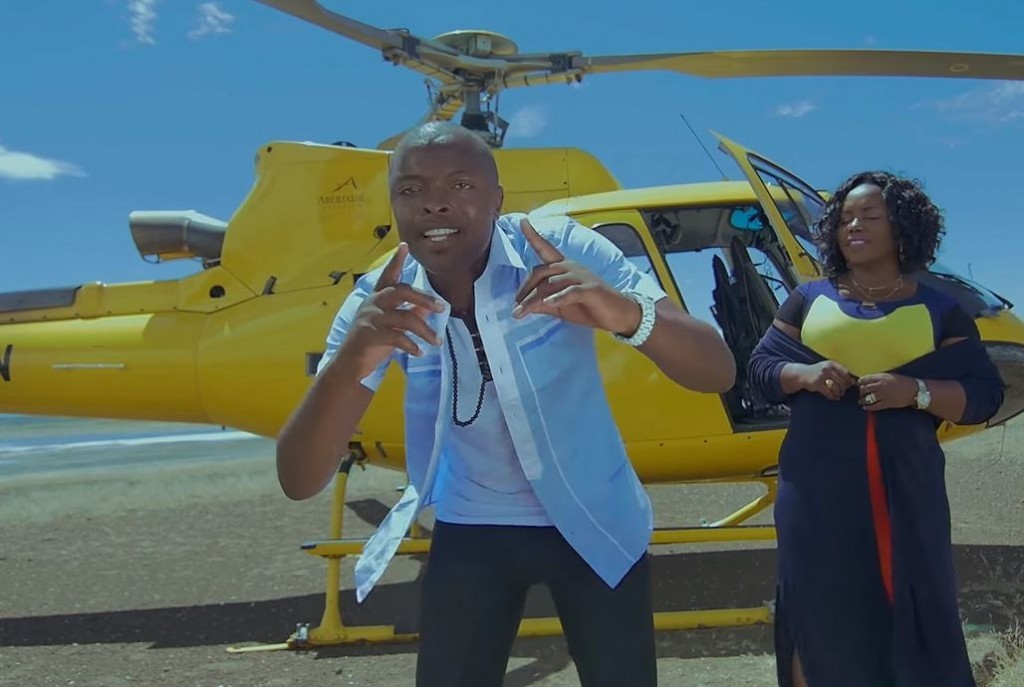 He is without a doubt one of the few Kenyan artists known to have deep pockets and political connections. Controversial gospel singer Ringtone Apoko eats life with a big spoon and his source of wealth has always remained a close guarded secret.

He recently made headlines when he shot an extravagant video for the hit ‘Tenda Wema’ featuring Christina Shusho, which reportedly set him back a handsome Ksh 1 Million.

This week, he has given his fans on social media a sneak peek into his Karen Mansion after several months since it became apparent he was moving into a palatial mansion in Karen estate, Nairobi. From early unconfirmed reports, the house is valued at Sh 50 Million.

Sometime back, he showed off the mansion’s kitchen as he sought a wife and attacked Kenyan women for being gold diggers. This week he has showed what the crib looks like from outside. 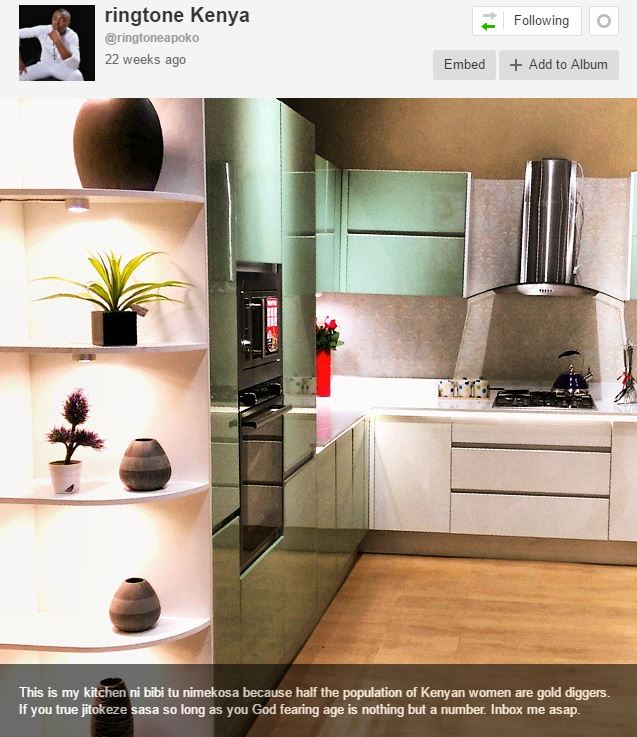 On Tuesday, he captioned the photo: “Another blessing on the many more. Another day to wake up and God bcuz am breathing. Another chance to be a blessing to the undeserving and the unthinkful world. #TENDAWEMA” 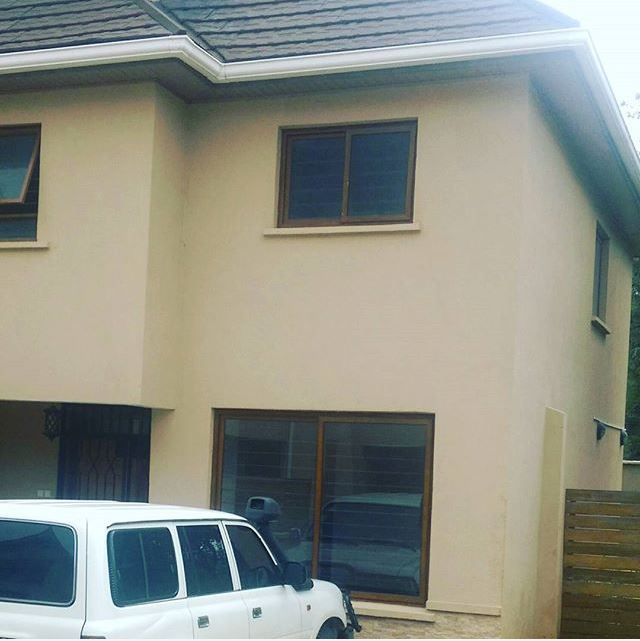