An enormous fire that started on Sunday mid-morning has left over 400 Mukuru Kwa Njenga residents homeless after gutting down houses in the populous Nairobi slum. The fire is said to have reduced a school named High Cue Academy to mere ashes. Business premises, shops and grocery stores as well were not spared.
Narrating how the fire started, faithfuls who were in church at that time said that they were busy worshiping when they suddenly got interrupted by billows of smoke followed by huge flames of fire that forced them to flee for safety.
Speaking about the incidence, police area boss Nehemiah Lang’at said the fire had been sparked by an electric fault and added that 80 houses had been burnt down, a report that later contradicted with that of residents whose report was 500 houses.
Miraculously, not a single life has been reported to have been lost from the horrendous inferno. Below are photos from the incidence. 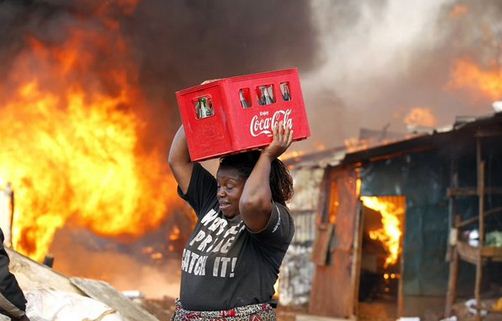 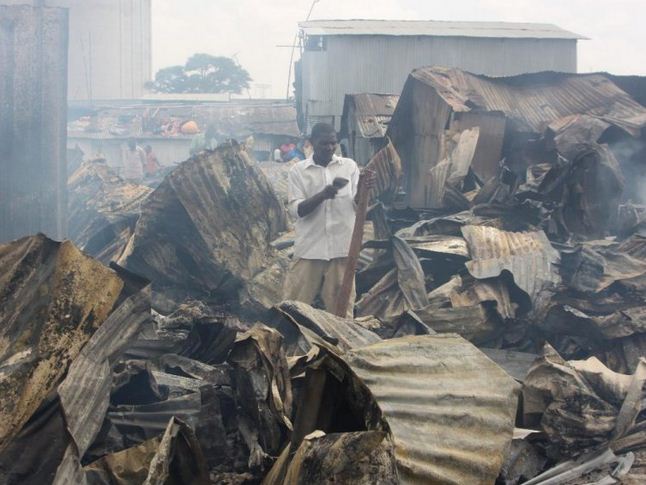