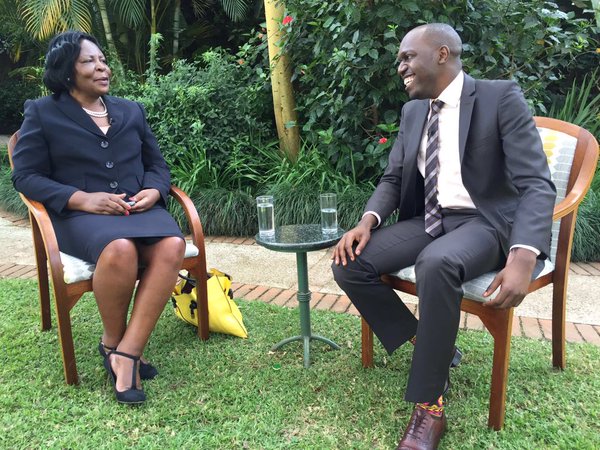 Former Deputy Chief Justice Nancy Baraza granted NTV an exclusive interview. She recounted her time at the Judiciary and her disgraceful exit.
Speaking to Larry Madowo, Baraza revealed that she tendered her resignation after hearing Chief Justice Willy Mutunga make some statement on Citizen TV’s morning show Cheche while her appeal was ongoing. According to her, Mutunga had already pre-judged her and she would not get a fair hearing.
In the nearly hour-long interview, Baraza spoke extensively about that incident at the Village Market that led her to losing the job, plus the bribery claims that followed.
She also spoke of the personal tribulations she went through during that period. She talked of how Maina Kageni had been speaking ill of her on his show. Apparently, the radio host talked of how Nancy Baraza had gone to the pharmacy at Village Market on that day to buy condoms and vibrators.
“My discourse was shaped by a man called Maina Kageni. I hear people listen to something called Maina Kageni… People were telling me much later that the conversation (on Maina and King’ang’i in the morning) was that I had gone to that pharmacy to by condoms and a vibrator.” She said bluntly. “That Maina Kageni thing shaped the discourse.”
The former Deputy also revealed that she would receive some phone calls from ‘haters’ celebrating her ousting, telling her that she will no longer have the big cars and the big house. She laughed off the remarks saying she has always been rich and successful.
“I bought my first house in Lavington at 29… I bought a brand new BMW, imported from South Africa at age 32,” she boasted.
Here’s the full interview in two parts. Watch her speak about Maina Kageni on part 2 from around minute 8:30.